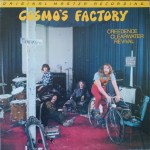 The last time I played the MoFi pressing mentioned below I found the sound so weirdly colored as to defy understanding. Ten years ago when I wrote the commentary below I apparently found it more tolerable.

More recently I obviously did not. When an audiophile record sounds worse than it used to, there is a very good chance that you have made some Progress in Audio.

Of course this is not something to be assumed. (Speaking of assumptions, you can find more on the subject here).

Rather it is something to be tested. (You can read more about some of the rigorous and extensive record testing we have conducted over the last twenty years here.)

Even if 99 times out of a hundred it turns out to be the case that the modern remastered record can now be seen for the fake it always was, there is still a one out of a hundred chance that the record may in fact be better than you remember.

These audiophile records are easily called out for their illusory superiority for the simple reason that the better your stereo gets, the more obvious their colorations and shortcomings become. This was my experience, and I pass this information on in the hopes that you will make progress with your stereo system and find them every bit as wrong as I did.

We’ve created a section for the worst of them, and even with 266 entries we could easily double that number if we were inclined to audition more of them and catalog their shortcomings. 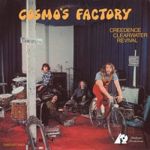 As for the AP pressing discussed below, the last time I played one it had all the bad qualities of the Bonnie Raitt disc on DCC that I’ve grown to dislike so much. But what the new AP version really gets wrong is the guitar sound. Creedence’s music lives or dies by its guitar sound, and the AP pressing is as dead as they come.

The fat, smeary, overly-smooth guitars you hear on the record, lacking any semblance of the grungy energy that are the true hallmarks of this band’s recordings, mean that some audiophile mastering engineer got hold of the tapes and tried to “fix” what he didn’t like about the sound.

You know, the sound that is all over the radio to this very day. Something was apparently wrong with it. So now that it’s been fixed, everything that’s good about CCR’s recordings is missing, and everything that has replaced those sonic elements has made the sound worse.

Nice job! Keep up the good work. Chad is proud of ya, no doubt about it.

Our old commentary follows, some of which we obviously no longer agree with:

Years ago a customer sent me his copy of the Analogue Productions LP (mastered by Hoffman and Gray) in order to carry out a little shootout I had planned among the five copies I could pull together: two MoFi’s, the Fantasy ORC reissue, a blue label original, the AP, and another reissue.

Let’s just say there were no real winners, but there sure were some losers.

My take on the Hoffman version is simply this: it has virtually no trace of TUBEY ANALOG MAGIC. None to speak of anyway.

It sounds like a clean, tonally correct but fairly bass-shy CD. No pressing I played managed to be so tonally correct and so boring at the same time. The MoFi has plenty of weird EQ colorations, the kind that bug the hell out of me on 98% of their crappy catalog, but at least it sounds like analog. It’s warm, rich and sweet. The AP copy has none of those qualities.

More pointless 180g sound, to my ear anyway. I couldn’t sit through it with a gun to my head.

You would need a LOT of vintage tubes in your system to get the AP record to sound right, and then everything else in your collection would sound worse.