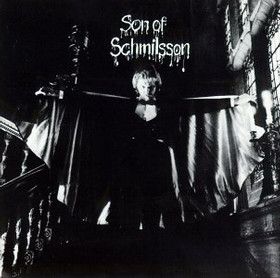 We had a great time shooting out a big stack of these, as we’re just wild about Harry here at Better Records. Unfortunately, most copies are too dark and grainy to get excited about.

Here’s a copy that tells a much different story —both sides have good energy, smooth and sweet vocals, and nice extension up top.

Drop the needle on Turn On Your Radio or The Lottery Song and we bet you fall in love with this one.

It’s yet another triumph from one of our favorite engineers, KEN SCOTT (Ziggy Stardust, Magical Mystery Tour, Honky Chateau, Crime of the Century and many more).

This is one of Nilsson’s best albums, sonically and musically. Side one is amazingly good from start to finish. On the two CD set of Nilsson’s greatest hits (which is excellent, by the way) almost all of side one from this album is used, as well as the best material on side two, which includes Spaceman and The Most Beautiful World In The World.

This RCA Victor pressing has the kind of Tubey Magical Midrange that modern records rarely even BEGIN to reproduce. Folks, that sound is gone and it sure isn’t showing signs of coming back. If you love hearing INTO a recording, actually being able to “see” the performers, and feeling as if you are sitting in the studio with the Harry Nilsson, this is the record for you. It’s what vintage all analog recordings are known for — this sound.

One of His Best

Nilsson Schmilsson and the album simply titled Harry are two other superb Nilsson records that both come highly recommended. Harry is my favorite of them all, perhaps because it was so different from anything that I’d ever heard up to that point (I was 15 at the time). A Little Touch… is also a personal favorite, with the great American songbook done in Nilsson’s inimitable style.

By the way, if you get a chance to see the documentary Who Is Harry Nilsson (and Why Is Everybody Talkin’ About Him?), you should definitely check it out. Most of us here have seen it by now and it’s a ton of fun.

What We’re Listening For on Son of Schmilsson