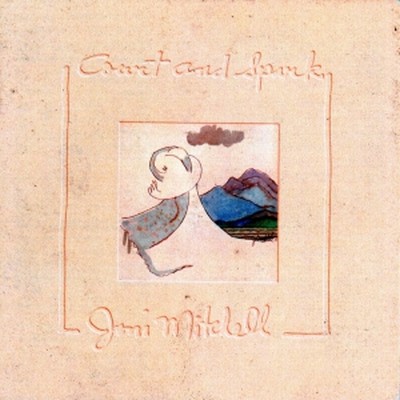 One of our good customers had this to say about some records he played recently:

I just had to drop you a brief note, to say THANK YOU, for your writings regarding DCC pressings many years back.

I was just going back through them on your site, after I unearthed my DCC pressings this afternoon and gave a couple of them (i.e., Elton’s Madman; Joni’s Court and Spark) a spin – as I recall y’all being the first to speak truth in the face of overwhelming adoration regarding these (when they first were released). 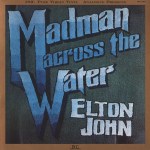 OMG. They are COMPLETELY lifeless, with ZERO energy! Big, warm, mushy and limp, yes. Probably sound comforting (at some level) on a low-budget lean solid state system. But on a system with any level of transparency and truth-to-pressing, YIKES. It just made me sad.

THEN, I went online, and checked the current PRICES for these pressings (of which I own several sealed), and I got SUPER HAPPY! People are paying some serious coin for these turkeys – so I can be well rid of them, and take that cash and buy some more of YOUR awesome pressings! Win-win! 👍😊

Thanks for your letter. A few thoughts:

The sound I think you are hearing that you refer to as lifeless and lacking in energy is really the result of Kevin Gray’s lousy cutting chain. The sound you hear on your DCC albums is the precisely the sound I had heard on this DCC album many years ago. Played back to back with the properly mastered, properly pressed originals, the DCC was shockingly lacking in many of the most important qualities a record can have.

Low resolution cutters like the ones used to cut the DCC discs sound dead and and boring, even when the mastering choices are good ones and no obvious compression is being used. (Kevin Gray famously does not have a way to put compressors into his chain, as my friend Robert Pincus at Cisco found out when he cut 52nd Street and could not get some aspects of it to sound right. It needed compression and there was none to be had.)

I have been beating this long-dead horse for about fifteen years now. Any time I actually do play one of the DCC records these days it usually sounds worse than I remember it.

As one’s stereo improves, and one actually has good records to play, the shortcomings of these audiophile pressings become less and less tolerable, and now, in 2022, with all the Revolutions in Audio that have come our way, they sound so third-rate one would be hard-pressed to sit through one.

We think this is a clear sign of progress.

Lucky for you there are still audiophiles who have not made the progress you’ve made. They are still willing to pay premium prices for these records, and that means you won’t have to take a haircut on them.

Think about this though.

I liked those DCC records just fine when they came out. Said lots of nice things about them. Back in the ’90s, when you first bought some, you liked them just fine too.

The audiophiles buying them today are not idiots and fools. They are exactly where we were in those days. We learned, and they can learn too. There is hope for everybody!

But you had help. You got hold of some Hot Stampers, and that raised the bar for your listening experience beyond any Heavy Vinyl pressing ever made. The obviously superior sound of the Hot Stamper pressings you acquired — or found on your own — made it easy to hear what was wrong with the reissues and their “audiophile sound.”

As long as the fans of Heavy Vinyl stick with Heavy Vinyl, how are they ever going to learn how mediocre their records are?

It is a problem that has no easy solution. We sure haven’t found one.

These people are stuck, and the more we attack their records, the more they defend them in order to avoid feeling bad about themselves, a classic example of the pernicious results of the natural human need to avoid cognitive dissonance.

You are the living proof that some can hear, some can tell the difference, and some can make progress in this crazy hobby of ours. Thanks again for your letter.