More Records We Only Sell on Import Vinyl 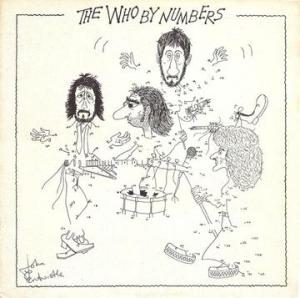 This vintage import Polydor pressing has the kind of Tubey Magical Midrange that modern records can barely BEGIN to reproduce. Folks, that sound is gone and it sure isn’t showing signs of coming back. If you love hearing INTO a recording, actually being able to “see” the performers, and feeling as if you are sitting in the studio with the band, this is the record for you. It’s what vintage all analog recordings are known for — this sound.

“Doug Sachs” Does It Again

We had about a number of good imports from various countries, all of which were mastered by Doug “Sachs” (as he is improperly credited on the cover). I have never heard a domestic pressing of this album with good sound; perhaps they are out there but who has the time to spend chasing that wild goose?

The patented Glyn Johns (dark) MAGIC is on display here, with lots of open mics in a big studio space providing the Three Dimensional Soundscape we love about his work.

But that’s not even the best part of the sound here. With Doug Sax mastering from the real tape, you get a Rock Solid Bottom End like you simply will not believe. Talk about punchy, well-defined and deep! Man, this record has BASS that you sure don’t hear too often on rock records.

And it’s not just bass that separates the Men from the Boys, or the Real Thing from the Classic Reissue for that matter. It’s WEIGHT, fullness, the part of the frequency range from the lower midrange to the upper bass, that area that spans roughly 150 to 600 cycles.

It’s precisely what makes Daltry’s voice sound full and rich, not thin and modern. It’s what makes the drums solid and fat the way Johns intended. The good copies of Who’s Next and Quadrophenia have plenty of muscle in this area, and so do the imports we played.

But not the Classic. Oh no, so much of what gives Who By Numbers its Classic Rock sound has been equalized right out of the Heavy Vinyl reissue.

Some have said the originals are warmer but not as detailed. I would have to agree, but that misses the point entirely: take out the warmth — the fullness that makes the original pressings sound so right — and of course you’ll hear more detail — the detail region is no longer being masked by all the stuff going on below it.

What We’re Listening For on Who By Numbers

By now, a nonopera by the Who is its own kind of concept album. While The Who by Numbers pretends to be a series of ten unconnected songs, it’s really only a pose; there’s not a story line here, but there are more important unities — lyrical themes, musical and production style, a sense of time and place…

The rock operas were Townshend’s ultimate means of expressing his idea of rock and its place in the world, but the very notion was anathema to fans of “Substitute” and “My Generation.” Even if those works garnered the Who a legion of new fans (many of whom, Townshend once wrote me, “think the name of the group’s Tommy and that the opera’s the Who”), the hardcore of old admirers fired so many charges of pretension and evisceration at Tommy that Townshend felt the need to retrench. The result was Who’s Next, a blistering anti-concept work and a masterpiece. After Quadrophenia, a much more flawed work than Tommy, though in many ways a braver one, he has felt the need again.

But The Who by Numbers isn’t what it seems. Without broadcasting it, in fact while denying it, Townshend has written a series of songs which hang together as well as separately. The time is somewhere in the middle of the night, the setting a disheveled room with a TV set that seems to show only rock programs. The protagonist is an aging, still successful rock star, staring drunkenly at the tube with a bottle of gin perched on his head, contemplating his career, his love for the music and his fear that it’s all slipping away. Every song here, even the one non-Townshend composition, John Entwistle’s “Success Story,” fits in. Always a sort of musical practical joker, Townshend has now pulled the fastest one of all, disguising his best concept album as a mere ten-track throwaway…

From “My Generation” to The Who by Numbers, time and aging have been Townshend’s obsession, as if he were trying to live down the statement that made him famous: “Hope I die before I get old.” If this is his most mature work, that’s because he has finally admitted that there is no way out, which is a darker and deeper part of the same thing. Typically, the Who face the fact without flinching. Indeed, they may have made their greatest album in the face of it. But only time will tell.