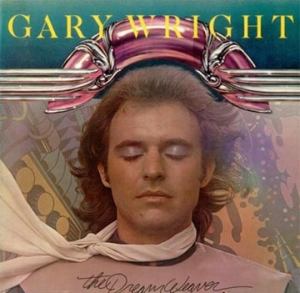 Most pressings of this album tend to err in one of two ways: either they get hard and gritty in the upper mids, or they’re smeary and dull.

Our best copies get the balance right — plenty of texture on the keyboards and drums, with vocals that still have presence and breathiness — and not too much grit.

An all-keyboard pop record like this was a rarity at the time. The only other instruments besides drums (and one track with guitar) are keyboards. Every song is layered with multi-tracked clavinets, organs, and Moogs – it was a remarkable feat in 1975 to create an album with nothing but keys. Listen to the title track, the most dynamic song on the record, and you will hear just how well all of those stacked keyboards and synths work together. (Steve Winwood’s Back in the High Life borrowed a page or two from Gary’s solo debut here.)

What We’re Listening For on The Dream Weaver

Dream Weaver
Blind Feeling
Much Higher
Feel for Me

No one expected the success of Dream Weaver when it was released, but it sailed to the top of the charts, and with good reason. Backed with only drums and a wide assortment of keyboards, Gary Wright crafted instantly recognizable tunes such as the title cut and “Love Is Alive,” which caught on and remain staples of classic rock stations around the U.S. All very revolutionary and new at the time, Dream Weaver hasn’t lost any of its magic over time.