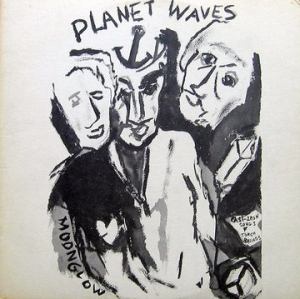 This is an excellent recording, boasting not only great Bob Dylan sound, but some of the best sound for The Band that you’ll ever hear. That’s right, Dylan is backed by Messrs. Robertson, Danko, Helm, Manuel and Hudson on this album, and I don’t know when we’ve ever heard such audiophile quality sound from that crew. It’s a real treat to hear their signature styles without the cardboard-y, compressed quality we usually find on their albums.

This is an excellent recording, boasting not only great Bob Dylan sound, but some of the best sound for The Band that you’ll ever hear. That’s right, Dylan is backed by Messrs. Robertson, Danko, Helm, Manuel and Hudson on this album, and I don’t know when we’ve ever heard such audiophile quality sound from that crew. It’s a real treat to hear their signature styles without the cardboard-y, compressed quality we usually find on their albums.

Lots of great material on this album — we’re not sure why it doesn’t get more respect. On A Night Like This, Going Going Gone, Forever Young, You Angel You… these are wonderful, well-recorded songs! This is not one of Dylan’s best-known or most-loved albums, but it’s definitely a good one. You can certainly tell that these are very emotional songs for him, and it really shows in the performances.

What We’re Listening For on Planet Waves

On a Night Like This
Going, Going, Gone
Tough Mama
Hazel
Something There Is About You
Forever Young

Reteaming with the Band, Bob Dylan winds up with an album that recalls New Morning more than The Basement Tapes, since Planet Waves is given to a relaxed intimate tone — all the more appropriate for a collection of modest songs about domestic life… There are moments — “On a Night Like This,” “Something There Is About You,” the lovely “Forever Young” — where it just gels.

The critical reception was generally positive, if a bit muted. The consensus was ultimately strong enough to secure Planet Waves at #18 on The Village Voice’s Pazz & Jop Critics Poll for 1974.

“In a time when all the most prestigious music, even what passes for funk, is coated with silicone grease, Dylan is telling us to take that grease and jam it,” wrote critic Robert Christgau. “Sure he’s domestic, but his version of conjugal love is anything but smug, and this comes through in both the lyrics and the sound of the record itself. Blissful, sometimes, but sometimes it sounds like stray cat music—scrawny, cocky, and yowling up the stairs.”

Ellen Willis of The New Yorker wrote, “Planet Waves is unlike all other Dylan albums: it is openly personal…I think the subject of Planet Waves is what it appears to be—Dylan’s aesthetic and practical dilemma, and his immense emotional debt to Sara.”

BOB DYLAN DISCOGRAPHY THROUGH 1989
(After that you’re on your own.)