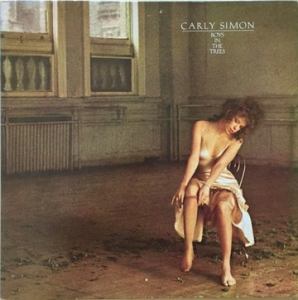 What We’re Listening For on Boys in the Trees

Even though there is a fair amount of processing going on — credit Arif Mardin for being a bit heavy-handed with the studio wizardry – we still very much enjoy the sound he created for this recording. It’s not drowning in echo like some of her early albums, and it’s not shrill and hard sounding like some of her later ones. All things considered this may be the best sound she got during the mid- to late ’70s (along with Another Passenger). The sound is dynamic and transparent, with low distortion and solid bass — pretty much all the stuff you need for an audiophile-quality pop album.

Compared to the average pressing, this one has noticeably more ambience, more presence in the midrange, and better bass. One key element is extension on the top end. Most copies have little to none, but when you find a copy with real highs, it opens up the stage and adds just the right harmonic shimmer to all the instruments placed upon it. The acoustic guitars sound particularly good here, with just the right balance of pluck and body.

Carly’s soulful version of You Belong To Me is what made this album a Must Own back in the day. As we were listening to the song over and over on copy after copy it became clear that the best pressings allowed us to clearly hear the drummer’s hi-hat within the dense mix of this heavily produced pop song. On most copies it’s buried and all but inaudible. If the pressing you own is full-bodied and tonally correct, and you can easily hear the contribution of the hi-hat within the mix, you have a copy with the kind of transparency that few we played managed.

Last time we played one we said, ” I dropped the needle on this record and the sound was very transparent and sweet. Probably quite a bit better than the average American copy.”

This is the most you can hope for with even the best Half-Speeds: transparency and freedom from distortion. The sound will almost always be compressed and lifeless, a ghost of the real thing, which means that the emotional weight of the music will be missing, as well as any reason to be playing the album.

Her career revitalized by the success of “Nobody Does It Better,” the theme from The Spy Who Loved Me, Carly Simon returned to record-making with this classy Arif Mardin-produced session, backed by New York’s best studio players (Steve Gadd, Eric Gale, Will Lee, Richard Tee, David Sanborn, the Brecker Brothers, etc.). Simon reached the Top Ten with “You Belong to Me,” a collaboration with Michael McDonald that showed both off at their best, and the album’s other Top 40 single was another duet with husband James Taylor on the old Everly Brothers hit “Devoted to You.” Taylor also turned up writing and singing elsewhere to good effect. But what really made the album a winner was that Simon had had a couple of years to write some strong songs in her unflinching, reflective style, and she continued to explore the loves and mores of her age and class movingly.