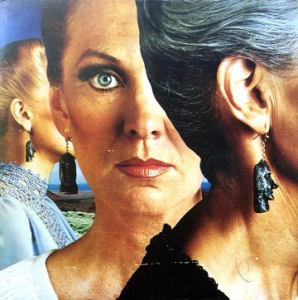 Who likes their Wall of Sound small and closed-in? Certainly not Big Speaker guys like us. By all accounts this band wanted their records to sound good, or at least as good as their contemporaries (and the bands that inspired them, name-checked above). There’s no shortage of production polish here and on the best pressings, the sound really works.

What We’re Listening For on Pieces of Eight

Tracks two and three on side one were our favorite test tracks.

Play track three to hear how correct, smooth and sweet the midrange is.

Great White Hope
I’m O.K.
Sing for the Day
The Message
Lords of the Ring

Styx’s feisty, straightforward brand of album rock is represented best by “Blue Collar Man” from 1978’s Pieces of Eight, an invigorating keyboard and guitar rush — hard and heavy, yet curved by Tommy Shaw’s emphasized vocals. Reaching number 21, with the frolicking romp of “Renegade” edging in at number 16 only six months later, Pieces of Eight maintained their strength as a front-running FM radio group.

Even though these two tracks were both mainstream singles, the rest of the album includes tracks that rekindle some of Styx’s early progressive rock sound, only cleaner. Tracks like “Sing for the Day,” “Lords of the Ring,” and “Aku-Aku” all contain slightly more complex instrumental foundations, and are lyrically reminiscent of the material from albums like The Serpent Is Rising or Man of Miracles, but not as intricate or instrumentally convoluted. While the writing may stray slightly from what Styx provided on The Grand Illusion, Pieces of Eight kept their established rock formula in tact quite firmly.