Reviews and Commentaries for the Music of AC/DC 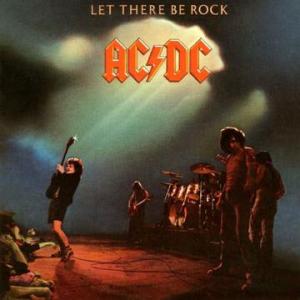 From the moment the title track began, we knew we were in for a real treat. The transparency and clarity are shocking — we heard texture on the guitars and room around the drums that simply weren’t to be found elsewhere, plus tons of echo and ambience. The vocals simply could not be any better — they’re breathy and full-bodied with loads of texture.

The bottom end is Right On The Money — big, beefy, and rock-solid.

For Riff Rock, you just can’t do much better than AC/DC. Musically the album has everything you’d want from this genre of heavy rock — a tight, punchy rhythm section; raging guitar riffs; and deliciously decadent lyrics screamed with abandon.

What We’re Listening For on For Those About To Rock

Let There Be Rock, the fourth AC/DC album — and first to see simultaneous international release — is as lean and mean as the original lineup ever got. Shaved down to the bone — there are only eight tracks, giving this a lethal efficiency even with a couple of meandering jams — this is a high-voltage, brutal record, filled with “Bad Boy Boogie.”

It has a bit of a bluesier edge than other AC/DC records, but this is truly the sound of the band reaching its peak. There’s the near majesty of “Let There Be Rock,” there’s Bon Scott acknowledging with a wink that “Hell Ain’t a Bad Place to Be,” and then there’s the monumental “Whole Lotta Rosie.” Which gets down to a key thing about AC/DC. If Led Zeppelin were celebrating a “Whole Lotta Love,” AC/DC got down to the grimy details in their leering tribute to the joys of sex with a plus-sized woman. And that’s AC/DC’s allure in a nutshell — it’s sweaty, dirty, nasty rock, music that is played to the last call and beyond, and they’ve rarely done that kind of rock better than they did here.