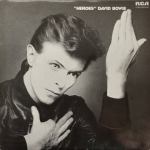 Our intuition that the British originals would sound the best turned out to be incorrect.

In the audiophile record collecting world, intuitions have a bad track record, but more than a few audiophiles — many of whom are addicted to sharing their “record knowledge” on audiophile forums — seem to be unaware of this fact.

Taking a page from one of the greatest minds of the 20th century, we’ve opted to use a more scientific approach to discovering the best sounding record pressings, and we encourage you to do likewise.

We pioneered the evidence-based approach to finding the best sounding pressings, and, like all good scientists, we shared it with everyone. Some in the audiophile community have taken it to heart, but most have chosen to put their faith in reviewers, forum posters, common sense and logic. None of these produce consistently good results, but those who use these methods are loathe to doubt them and only rarely if ever learn the error of their ways.

Once a decision has been made and a specific pressing acquired, you could call it door number three I suppose, cognitive dissonance and confirmation bias immediately kick in to justify the result, and soon enough the game is over. The prize has been won. It’s the best prize ever. It does everything right, everything you hoped for.

Behind door number three was not the best sounding copy of the record. You don’t have the best sounding pressing (well, you might, but if you did it would be entirely the result of chance, since you carried out no experiments), but as long as you think you do, and, like most audiophiles, you play records only for yourself, and purely for enjoyment, you have no way of  discovering where on the spectrum of worst to best your choice would sit. As long as you think you have the best, you have the best. How could there ever be any evidence offered to the contrary?

Making an effort to prove yourself wrong is surely the key to making progress in this hobby. Nothing will do more to improve the quality of your record collection, of that we are convinced.

The original UK Orange Label pressings did not sound especially good to us, so we kept looking.

OK, I suppose we can afford to be a bit more charitable than that. Here goes: the one thing we’re pretty clear about from our efforts to date is that our best Hot Stamper offerings are sure to be pressed in the UK.

If you have a copy of this groundbreaking album and were never impressed with the sound of it, we have a potential solution to your predicament, depending on our inventory: a Hot Stamper pressing.

It will show you the kind of sound you never knew Heroes could have.