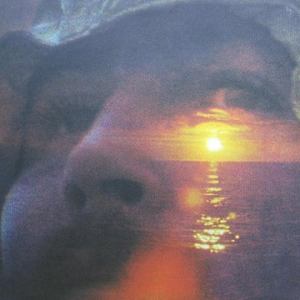 Here it is, folks… a TRUE ROCK DEMO DISC! A White Hot Stamper copy such as this will show you why we’ve long considered it one of the All Time Top Ten Rock Albums for Sound and Music. You will not believe how Tubey Magical and three-dimensional this album can be when you have a pressing with this kind of sound. The harmonic complexity and extension on the acoustic guitars are absolutely stunning!

Harry Pearson put this record on his TAS List of Super Discs, not exactly a tough call it seems to us. Who can’t hear that this is an amazing sounding recording? (We do applaud his decision not to add the Classic pressing of this title to the list, the way he did with so many other Classic pressings that have no business on anything called a Super Disc list.)

One of our key test tracks for side one is Cowboy Movie, and one thing that separated the best pressings from the lesser ones was the sound of the hand claps. It’s a dense mix and they are not easy to hear, but on the best copies there is audible echo and ambience around them, with a richer “flesh on flesh” quality to their sound. Not many pressings had it, and the ones that did tended to do most other things well also. Which is what makes it a good test!

We all owe a debt of gratitude to the superbly talented recording engineer on this project, Stephen Barncard (American Beauty, Deja Vu, Tarkio, etc.). This album is without a doubt his masterpiece. It fully deserves its standing as one of the Ten Best Rock Recordings of All Time.

It’s a recording that belongs in any serious Rock and Pop Music Collection.

Music Is Love
Cowboy Movie
Tamalpais High (At About 3)
Laughing

David Crosby’s debut solo album, If I Could Only Remember My Name is a one-shot wonder of dreamy but ominous California ambience. The songs range from brief snapshots of inspiration (the angelic chorale-vocal showcase on “Orleans” and the a cappella closer, “I’d Swear There Was Somebody Here”) to the full-blown, rambling western epic “Cowboy Movie,” and there are absolutely no false notes struck or missteps taken. No one before or since has gotten as much mileage out of a wordless vocal as Crosby does on “Tamalpais High (At About 3)” and “Song With No Words (Tree With No Leaves),” and because the music is so relaxed, each song turns into its own panoramic vista.

Those who don’t go for trippy Aquarian sentiment, however, may be slightly put off by the obscure, cosmic storytelling of the gorgeous “Laughing” or the ambiguous (but pointed) social questioning of “What Are Their Names,” but in actuality it is an incredibly focused album. Even when a song as pretty as “Traction in the Rain” shimmers with its picked guitars and autoharp, the album is coated in a distinct, persistent menace that is impossible to shake.

It is a shame that Crosby would continue to descend throughout the remainder of the decade and the beginning of the next into aimless drug addiction, and that he would not issue another solo album until 18 years later. As it is, If I Could Only Remember My Name is a shambolic masterpiece, meandering but transcendentally so, full of frayed threads. Not only is it among the finest splinter albums out of the CSNY diaspora, it is one of the defining moments of hungover spirituality from the era.

Demo Discs for Recordings that Are Doing It All