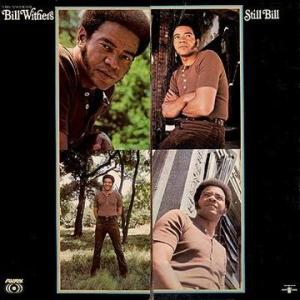 The vinyl is about as quiet as any Sussex pressing ever is. Finding these good sounding early pressings in audiophile playing condition is not easy as I’m sure you can imagine.

This vintage LP has the kind of Tubey Magical Midrange that modern records barely BEGIN to reproduce. Folks, that sound is gone and it sure isn’t showing signs of coming back. If you love hearing INTO a recording, actually being able to “see” the performers, and feeling as if you are sitting in the studio with the band, this is the record for you. It’s what vintage all analog recordings are known for — this sound.

What We’re Listening For on Still Bill

A Must Own Soul Record

We consider this Bill Withers album his Masterpiece It’s a superb recording should be part of any serious Soul Music Collection.

Lonely Town, Lonely Street
Let Me in Your Life
Who Is He (And What Is He to You)?
Use Me
Lean on Me

Bill Withers came into his own on his third album, Still Bill. Released in 1972, the record is a remarkable summation of a number of contemporary styles: the smooth soul coming out of Philly, smoky, late-night funk via Bobby Womack, bluesy Southern soul, and ’70s singer/songwriterism. It’s rich, subtly layered music, but its best attribute is that it comes on easy, never sounding labored or overworked… it’s warm and easily accessible, but it has a depth and complexity that reveals itself over numerous plays — and, given the sound and feel of the music, from the lush arrangements to his comforting voice, it’s easy to want to play this again and again… the greatest testament to his considerable gifts.