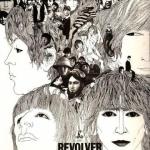 A Milestone Event in the History of Better Records

The discussion below, brought about by a Hot Stamper shootout we conducted for Revolver quite a number of years ago (2007!), touches on many issues near and dear to us here at Better Records.

Some of the things we learned about Revolver all those years ago are important to our Hot Stamper shootouts to this very day, including, but not limited to:

and the quality we prize most in a recording: LIFE, or, if you prefer, Energy.

At the end of the commentary we of course take the opportunity to bash the MoFi pressing of the album, a regular feature of our Beatles Hot Stamper shootouts. We’re not saying the MoFi Beatles records are bad; in the overall scheme of things they are mostly pretty decent. What we are saying is that, with our help, you can do a helluva lot better.

Our help doesn’t come cheap, as anyone on our mailing list will tell you. You may have to pay a lot, but we think you get what you pay for, and we gladly back up that claim with a 100% money back guarantee for every Hot Stamper pressing we sell.

The Story of Revolver, Dateline October 2007

White Hot Stampers for Revolver are finally HERE! Let the celebrations begin! Seriously, this is a very special day for us here at Better Records. The Toughest Nut to Crack in the Beatles’ catalog has officially been cracked. Yowza!

Presenting the first TRULY AWESOME copy of Revolver to ever make it to the site. There’s a good reason why Hot Stamper shootouts for practically every other Beatles album have already been done, most of them many times over, and it is simply this: finding good sounding copies of Revolver is almost IMPOSSIBLE. The typical British Parlophone or Apple pressing, as well as every German, Japanese and domestic LP we’ve played in the last year or two just plain sucked. Where was the analog magic we heard in the albums before and after, the rapturously wonderful sound that’s all over our Hot Stamper Rubber Souls and Sgt. Peppers? How could Revolver go so horribly off the rails for no apparent reason?

We’ve been asking ourselves these very same questions for years. No amount of cleaning seemed to be able to bring out the sweetness and Tubey Magical qualities we heard in the rest of The Beatles catalog. There was a gritty, opaque flatness to copy after copy of Revolver that wouldn’t go away no matter what we did.

Little by little over the course of the last year things began to change.

A big studio opened up between the speakers that had only been hinted at on Revolver in the past.

With the implementation of a number of other seemingly insignificant tweaks, each of which made a subtle but recognizable improvement, the cumulative effect of all of the above was now clearly making a difference. The combination of so many improvements was nothing less than dramatic. Revolver began to come to life.

Dead Wax Secrets That Will Stay That Way, Thank You Very Much

Now all we needed was to find some good copies. Without risking priceless trade secrets, let’s just say that over the last few years we’ve noticed certain markings in the dead wax of the Beatles records that tend to correlate nicely with better sound. Both of our top titles have them, and none of the bad sounding copies did. In our world that’s the vinyl equivalent of the Rosetta Stone. It gives us a big leg up when doing these Beatles shootouts. Of course we still have to clean the records and we still have to play them to see how they sort out, but knowing which stampers have the best chance of actually being good is a huge help in the battle against mediocre mastering.

Life As We Know It

I bought this very copy way back in August of 2001. It took me until now (10/07) to clean it up and play it right. I knew it was good but I sure didn’t know it was THIS good. It clearly had the most ENERGY of any copy we played. The band is on fire here. Right off the bat the electric guitar transients were just jumping out of the speakers in a way that no other copy managed to achieve. It had the LIFE that we prize so highly here at Better Records.