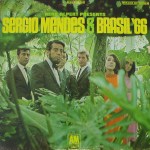 The idea that we have reached the point of diminishing returns in audio is nothing but an old and pernicious Myth.

Many, if not most, audiophiles are barely getting started. They just don’t know it. If they work really hard on their systems for the next five or ten years, they will eventually, slowly, with the passage of time come to realize how little they knew back in 2021.

If they don’t work hard — and let’s be honest, most won’t — they will never see but a tiny fraction of the progress that is possible. Those of us who have done the work know just how much is possible, and no one who has not done the work could possibly begin to understand what we are on about.

You rarely learn much from experiments you haven’t run. Of course, by not doing anything you get to keep all your evidence-free opinions and half-baked theories, so why rock your own boat and make any effort to prove yourself wrong? We talk about the subject of audiophile ignorance here. And we talk about how often we have been wrong here.

[This commentary was written in 2005 or thereabouts. It’s still true though!]

I often read this comment in audio magazines regarding the piece of equipment under review, as if to say that we are so close to audio perfection that a gain of a few percent is the most we can hope for from this or that new megabuck amp or speaker. In my experience the exact opposite is true.

There are HUGE improvements to be made on a regular basis, even without spending all that much money (keeping in mind that this is not exactly a poor man’s hobby).

If you are actively involved in seeking out better equipment, trying new things, and tweaking the hell out of your system as much as time and patience permit, I think an improvement of 10-25% per year in perceived sound quality is not an unreasonable expectation.

A similar situation occurred recently with the Magic Pillows you may have read about on the site. I was over at a friend’s house and putting his amps on the pillows made a night and day improvement. Same equipment, same records and CDs, night and day more musically satisfying sound. For practically no money. I’ve heard the same thing happen in other systems, so this is no fluke. It can be done.

What specifically needs to be changed in a given system no one can really know. All you can do is take your best shot and hope for a good result. There is simply no alternative to the ‘hard” work of experimentation and critical evaluation. The results of these experiments cannot be predicted with much accuracy. But one thing I can guarantee you: if you don’t change at least something in your system, you can be sure it will never sound any better than it does today.

Stumbling on the Truth

Of course the same principle applies to records. A while back I stumbled upon two pressings that really changed my understanding of the recordings themselves. One was an original copy of Sweet Baby James. The sound was so tonally perfect I could hardly believe what I was hearing. This stamper was so hot it was on fire! No copy in my experience had ever gotten it this right. It was a singular thrill. I was still thinking about it weeks later.

The other amazing LP was a copy of Sergio Mendes and Brazil 66’s first album, with a side two that murdered my best copy. We’re talking here about an album that I have literally been collecting for over 20 years. An album that I have auditioned more than 50 pressings of, maybe even 100. An album that I would have said I know what the best stampers are and that’s that.

But I would have been dead wrong. This stamper for side two takes this familiar recording to a level heretofore unimagined by me. It not only had more smoothness that my best copy — a chronic problem with this title, as they are often tizzy and aggressive — but there was quite a bit more ambience than ever before. Normally brighter records appear to have more ambience, as ambience is heard mostly in the treble region. Here we have a copy with “less’ treble (actually more correct treble) that gives us more ambience. More ambience that I have ever heard. A lot more.

And with ambience comes resolution. For the first time ever I can clearly make out the Portuguese words the female vocalists are singing. I still don’t know what they mean, but I can clearly hear the words. Portuguese is a language that is often pronounced with a slur: all the sounds seem to run together. That’s the way I always heard it on this album, so I assumed that’s the way it was always going to sound. Wrong. This pressing showed me a recording I never knew existed — until last week.

This is a perfect example of the thrill one can only get through record collecting. There’s nothing like it.

Actually that’s not true. There is something like it: Making your stereo sound better. Then all your records become unfamiliar – in a good way.