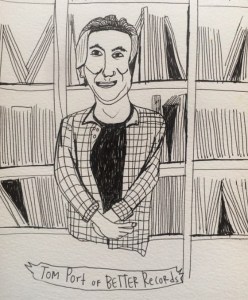 Below you will find a link to a reasonably fair and balanced look at the battle between transistors and tubes from Brian Dunning’s skeptoid website, worthwhile reading for those of us who favor a skeptical approach to life (and especially this hobby).

Thirty plus years ago, when I started my little record business, I knew that most records marketed to audiophiles offered junk sound (half-speed masters, Japanese pressings) or junk music (direct to discs by artists nobody ever heard of). As our playback has improved, fewer and fewer of these “specialty” pressings have survived the test of time, a subject we write about endlessly on our site and here on this blog.

More commentaries about Heavy Vinyl can be found here. We are not fans of the stuff, not because it’s our competition, but because it just doesn’t sound very good to us.

Here is the article. I confess I have read through quickly, almost skimming it, because I have heard plenty on the subject of  tubes versus transistors. This is my fifth decade in audio and I know where I stand on the subject. I offer it as edification for those who might be interested.

The audiophile preference for tube amps over solid state is based more on emotion than on science.

Developing critical thinking skills when it comes to records and equipment is not a bad idea either.

If this sounds arrogant and elitist, so be it. We set a higher standard. Holding our records to that higher standard allows us to price our records commensurate with their superior sound and please the hell out of the people who buy them.

For those who appreciate the difference, and have resources sufficient to afford them, the cost is reasonable. If it were not we would have gone out of business years ago.

Hot Stampers are not cheap. If the price could not be justified by the better sound quality and quieter surfaces, who in his right mind would buy them? We can’t really be fooling that many audiophiles, can we?

Our approach to equipment and records is explained in more detail below, in a listing centered around an early pressing of a Ted Heath Big Band album from the Fifties that knocked our socks off.  The right record at loud levels on Big Speakers can do that. We went wild recently over a marvelous copy of the Ted Heath record you see pictured. Talk about Tubey Magic, the liquidity of the sound was positively uncanny. This was vintage analog at its best, so full-bodied and relaxed you’ll wonder how it ever came to be that anyone seriously contemplated trying to improve upon it.

This is our kind of sound. It’s also important to keep in mind that our stereo seemed to love the record. (Stereos do that.) Let’s talk about why that might be the case.

Our system is fast, accurate and uncolored. We like to think of our speakers as the audiophile equivalent of studio monitors, showing us exactly what is on the record, with nothing added and (hopefully) nothing taken away.

Vintage Recordings – What to Listen For (WTLF)

Some Thoughts on Tubes in Audio