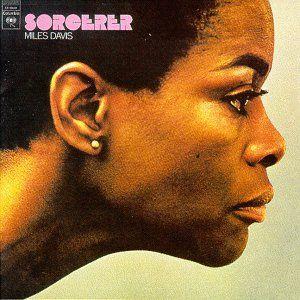 Drop the needle anywhere and listen to how open, transparent and spacious this early pressing is. The soundfield is HUGE — big, wide and deep.

Everything sounds natural, balanced and correct. The bass has good tone, the piano has weight, the brass has the right amount of bite, and so on.

We had a big stack of copies for this shootout, including a bunch of 360 originals and some later Red Label pressings. You can find great sound on either label but it will probably take you quite a few copies to get there, and you’d need a serious stack to have any hope of finding two sides this good on vinyl that plays well.

And by the way, copies of classic Miles Davis albums from the ’60s are neither easy to find nor are they cheap. Hit the jazz bins at your local store and I’m sure you’ll have the same experience we’ve been having — tons of pricey modern reissues but not too many clean vintage pressings.

What We’re Listening For on Sorcerer

Teo Macero was the producer, Fred Plaut and Ray Moore were probably the engineers for these sessions — we cannot find the credits to know one way or the other — for these sessions in Columbia’s glorious sounding 30th Street Studio.

Sorcerer, the third album by the second Miles Davis Quintet, is in a sense a transitional album, a quiet, subdued affair that rarely blows hot, choosing to explore cerebral tonal colorings. Even when the tempo picks up, as it does on the title track, there’s little of the dense, manic energy on Miles Smiles — this is about subtle shadings, even when the compositions are as memorable as Tony Williams’ “Pee Wee” or Herbie Hancock’s “Sorcerer.” As such, it’s a little elusive, since it represents the deepening of the band’s music as they choose to explore different territory.

The emphasis is as much on complex, interweaving chords and a coolly relaxed sound as it is on sheer improvisation, though each member tears off thoroughly compelling solos. Still, the individual flights aren’t placed at the forefront the way they were on the two predecessors — it all merges together, pointing toward the dense soundscapes of Miles’ later ’60s work.