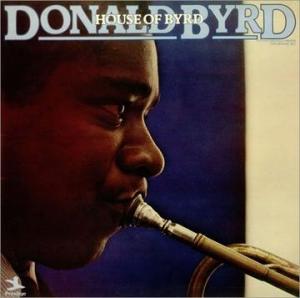 This reissue is spacious, open, transparent, rich and sweet. It’s yet another remarkable disc from the Golden Age of Vacuum Tube Recording Technology, with the added benefit of mastering using the more modern cutting equipment of the ’70s in this case. We are of course here referring to the good modern mastering of 40+ years ago, not the generally opaque, veiled and lifeless mastering so common today.

This leads me to think that most of the natural, full-bodied, lively, clear, rich sound of the recording was still on the tape decades later, and that all that was needed to get that vintage sound on to a record was simply to thread up the tape on the right machine and hit play.

The fact that practically nobody seems to be able to make a record nowadays that sounds remotely this good tells me that I’m wrong to think that such an approach tends to work, if our experience with hundreds of mediocre Heavy Vinyl reissues is relevant.

What We’re Listening For on House of Byrd

The Third
Contour
When Your Lover Has Gone

AMG Review for House of Byrd

This two-LP set combines together the music from Two Trumpets and The Young Bloods. The former session has both Donald Byrd and Art Farmer on trumpets in a sextet with altoist Jackie McLean and pianist Barry Harris.

…These blowing sessions (typical of Prestige’s albums of the 1950s) have their enjoyable moments with Farmer and Woods taking overall solo honors.

Art and Donald are in fine form, and if there is any competition it serves only to increase the musical yield. Jackie Mclean adds just the right note of astringency and variety of tone. Barrie Harris provides solid foundations for the improvisations while Doug Watkins and Art Taylor maintain impeccable pace. An excellent bop session and two trumpets is just the right number when its Farmer and Byrd.

For this early hard bop date, altoist Phil Woods and trumpeter Donald Byrd were co-leaders. In fact, the music had at one point earlier on been released with Byrd getting first billing.

Since the spirited altoist contributed four of the six tunes (including “House of Chan” and “In Walked George”) and consistently takes solo honors, it is only right that the date finally appeared under Woods’ name. With pianist Al Haig(who did not record that extensively during this period), bassist Teddy Kotick, and drummer Charlie Persip offering stimulating accompaniment, this is an easily recommended release (despite its brief LP length) for straight-ahead jazz collectors.