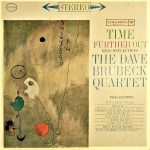 We could find no information about the venue for this recording. It might be the Columbia Studios known as “The Church” — that would explain the amazing sound quality of the album — but it may just be Fred Plaut’s engineering prowess in another location that makes this the best sounding Brubeck recording we know of.

Mark Wilder was interviewed about the recording of these Fred Plaut sessions..