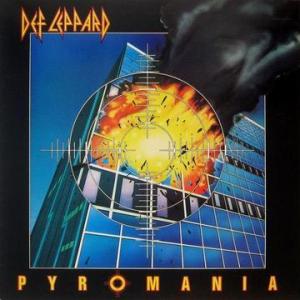 Three distinctive qualities of vintage analog recordings — richness, sweetness and freedom from artificiality — are most clearly heard on a Big Production Rock Record like Pyromania in the loudest, densest, most climactic choruses of the songs.

We live for that sound here at Better Records. It’s precisely what the best vintage analog pressings do brilliantly. In fact they do it so much better than any other medium that there is really no comparison, and certainly no substitute. If you’re on this site you probably already know that.

What We’re Listening For on Pyromania

Foolin’
Rock Of Ages
Comin’ Under Fire
Action! Not Words
Billy’s Got A Gun

While Def Leppard had obviously wanted to write big-sounding anthems on their previous records, Pyromania was where the band’s vision coalesced and gelled into something more. More than ever before, the band’s songs on Pyromania are driven by catchy, shiny melodic hooks instead of heavy guitar riffs, although the latter do pop up once in a while. But it wasn’t just this newly intensified focus on melody and consistent songwriting (and heavy MTV exposure) that made Pyromania a massive success — and the catalyst for the ’80s pop-metal movement.

Robert John “Mutt” Lange’s buffed-to-a-sheen production — polished drum and guitar sounds, multi-tracked layers of vocal harmonies, a general sanding of any and all musical rough edges, and a perfectionistic attention to detail — set the style for much of the melodic hard rock that followed. It wasn’t a raw or spontaneous sound, but the performances were still energetic and committed. Leppard’s quest for huge, transcendent hard rock perfection on Pyromania was surprisingly successful; their reach never exceeded their grasp, which makes the album an enduring (and massively influential) classic.