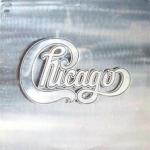 Both can be good. I did the shootout and often tried to guess the label for the copy I was hearing, for fun more than anything else. I have to admit that my batting average was not much better than chance.

The 360s tend to be a little fuller and smearier, but plenty of red label copies sound that way and some 360s don’t, so trying to match the sound to the label was even more pointless than usual.

When comparing pressings in a shootout it’s too late for the label to have any predictive value. We’ve already bought the records, cleaned them up and now just want to know what they actually sound like — not which ones might be the best, but which ones are the best.

The time for guessing games has passed. Of course, if we do actually figure out what the right stampers are, this helps us next time around.

There is one, and really only one, major problem with the sound of this album — too many overdubs, meaning too many generations of tape on too many instruments. There are easily three and four generations of tape on some of the tracks, probably more, all causing compression and a loss of transient information. When the drums sound like cardboard boxes being hit with wet noodles it’s because they recorded them early on and then bounced their tracks down to another track and then bounced that track down to another track until what’s left sounds like an cassette tape you made of a song playing on the radio. Yes, it’s that bad.

Side four. Side four is on most copies almost always the best sounding side. It’s also the side with the simplest arrangements, which means it probably has the fewest overdubs. The second track on side four is an obvious example. It’s mostly just bass, drums, flute, vocal and guitar, sonic elements which would more or less fit on the eight tracks of their eight track machine.

Listen to how real and immediate the sound is. You don’t hear that sound on the rest of the album because the rest of the album has multiple horn overdubs, multiple vocal overdubs and all kinds of percussion overdubs everywhere you look. Foreigner used 48 tracks to record Dirty White Boy. Chicago had eight to record their much more complex arrangements. The result? They found themselves running out of tracks over and over again, resulting in reductions and further reductions, piling losses upon losses. This album is the poster boy for bad planning in the studio.

Or is it? To our surprise we actually did manage to find at least one amazing side for each of the four sides of the album. Of course almost none of the hot sides mated with any of the others, meaning that the only way to get a complete album was to have at least two copies from which to play the best sides.

Meaning that bad pressing quality and bad mastering quality had to have been the principle cause of the mediocre sound of many of the copies we played. This is easily demonstrated by the fact that the stampers for the best copies are sometimes the stampers found on the worst.

Stampers mean something, but sometimes, as is the case here, they don’t mean much. (If you don’t know that by now you probably haven’t done that many big shootouts on your own. Can’t blame you — without lots of helpers in the cleaning and needle-dropping departments they’d be an even bigger pain than they already are. Even with three people involved it can still take almost all day, and that’s if you just happen to have ten or fifteen copies handy. It took us about two years to find that many, hitting multiple stores every week.)

Not many musicians qualify for the list of Most Underrated, but Peter Cetera should be right up at the top. His bass playing alone — forget his singing, which is as good as any pop singer of his generation — qualifies him for Most Talented (but for some reason) Overlooked Musician. The huge bass sound Peter got out of his axe is the meat and potatoes of this album.

Talk about beefy bass; this album, like their first, is can really deliver rock-solid bottom end, at least on the tracks that were properly recorded, mastered and pressed, which is not many. (Side four more than any other shows you how good the bass can sound.)

Again, it’s hard to believe this is the same guy that sang and played on ‘Hard To Say I’m Sorry’. His jazz-rock chops anchor the rhythm section with the kind of energy a band with as many pieces as this one needs. Chicago boasts seven top players, but Cetera’s brilliance cuts through on practically every song. People may not be able to appreciate his playing because they have bad records or bad stereos, but we’re here to rectify that situation, as least the record part of it. p>