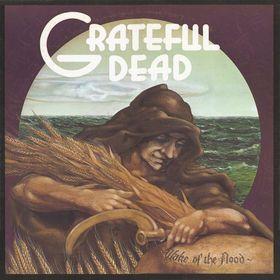 This is the album that comes after American Beauty on the Grateful Dead timeline, and while it’s certainly not in the same league as that masterpiece, there’s still a lot of good music on here. The All Music Guide gives it four stars out of five and calls it “certainly as good — if not arguably better than — most of their previous non-live efforts”.

Again, I think American Beauty is a stronger album, but this is a very good representation of the kind of jazzier sound The Dead carried on with for the next twenty-plus years. Many of these songs remained staples of their concert repertoire, including Stella Blue, Eyes Of The World, and Mississippi Half-Step Uptown Toodeloo. You might get more incendiary performances of the tracks on the best of the band’s famous bootleg tapes, but you certainly won’t get sound this good.

This vintage All Analog pressing has the kind of Tubey Magical Midrange that modern records can barely BEGIN to reproduce. Folks, that sound is gone and it sure isn’t showing signs of coming back. If you love hearing INTO a recording, actually being able to “see” the performers, and feeling as if you are sitting in the studio with the band, this is the record for you. It’s what vintage all analog recordings are known for — this sound.

Wake Of The Flood

This copy has the kind of sound we look for in a top quality Folky Bluesy Jazzy Grateful Dead record (they are, after all, sui generis): immediacy in the vocals (so many copies are veiled and distant); natural tonal balance (most copies are at least slightly brighter or darker than ideal; ones with the right balance are the exception, not the rule); good solid weight (so the bass sounds full and powerful); spaciousness (the best copies have wonderful studio ambience and space); and last but not least, transparency, the quality of being able to see into the studio, where there is plenty of musical information to be revealed in this sophisticated recording.

What We Listen For on Albums by the Grateful Dead

It had been nearly three years since American Beauty — their previous and most successful studio album to date — and, as always, the Dead had been honing the material in concert. A majority of the tracks had been incorporated into their live sets — some for nearly six months — prior to entering the recording studio. This gave the band a unique perspective on the material, much of which remained for the next 20-plus years as staples of their concert performances…. Wake of the Flood was certainly as good — if not arguably better than — most of their previous non-live efforts.

There are a few tracks that do tap into some of the Dead’s jazzier and exceedingly improvisational nature. “Eyes of the World” contains some brilliant ensemble playing — although the time limitations inherent in the playback medium result in the track fading out just as the Dead start to really cook. Another highlight is Bob Weir’s “Weather Report Suite,” which foreshadows the epic proportions that the song would ultimately reach. In later years, the band dropped the opening instrumental “Prelude,” as well as “Part One,” choosing to pick it up for the extended “Let It Grow” section. The lilting Jerry Garcia ballad “Stella Blue” is another track that works well in this incarnation and remained in the Dead’s rotating set list for the remainder of their touring careers.

For our shootout for Wake of the Flood we had at our disposal a variety of pressings we thought should have the potential for Hot Stamper sound. We cleaned them carefully, then unplugged everything in the house we could, warmed up the system, Talisman’d it, found the right VTA for our Triplanar arm (by ear of course) and proceeded to spend the next hour or so playing copy after copy on side one, after which we repeated the process for sides two, three and four.