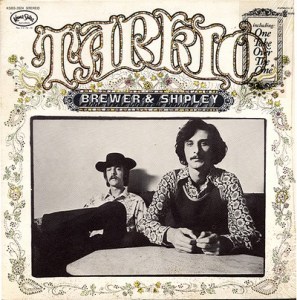 The best pressings, on the other hand, are everything that’s good about the analog medium — smooth, sweet, relaxed and involving. You had best have a fast cartridge and not overly rich electronics to get the most out of this one. The richness on this record is already baked-in; no need to add more.

Years in the Making

This shootout has been a long time coming, for two reasons that every record guy and gal can relate to: bad sound and bad surfaces. So many copies of this album are noisy. Even the few that have survived being played by the average pot-smoking music lover, records with no obvious visible signs of abuse from the Garrards and ARs of the day, tend to be pressed on vinyl that leaves much to be desired.

Kama Sutra/ Buddah Records, home to The Lovin’ Spoonful, was no major label. It was a small independent just trying to survive. Audiophile pressing quality was simply not in the budget. Fortunately for us analog types they put good money behind high quality session players and state-of-the-art 16 track recording technology at Wally Heider’s renowned studio in San Francisco.

This vintage Kama Sutra pressing has the kind of Tubey Magical Midrange that modern records can barely BEGIN to reproduce. Folks, that sound is gone and it sure isn’t showing signs of coming back. If you love hearing INTO a recording, actually being able to “see” the performers, and feeling as if you are sitting in the studio with the band, this is the record for you. It’s what vintage all analog recordings are known for — this sound.

Even though the original Pink Label pressings are mastered by Robert Ludwig, they have a marked tendency to be dull, thick and opaque. The sound is just too smooth on most copies. The best copies have the top end and the transparency to let you hear all the guitar and vocal harmonics, surrounded by the large acoustic of the studio.

This time around we discovered something new: one specific stamper that seemed to be the only one with the potential for an extended top end. This special stamper did not always fare well; some copies with it were mediocre. We have always found this to be the way with the “right” stampers; they often let us down and they can really let us down hard. But this stamper, when it was right, had an extension on the top that no other copy could match. (The Robert Ludwig mastered Band second albums are the same way. Most have no top but boy, when they do, the magic you hear is phenomenal.)

The sound of the better pressings can be wonderfully silky and sweet, with absolutely no trace of phoniness to be found. If you have the kind of high resolution system that can pull the information out of these grooves, you are in for a real treat.

Stephen Barncard, the recording engineer on Tarkio, is a genius. He’s the man behind one of the ten best sounding rock recordings we have ever played, If Only I Could Remember My Name. The Tubey Magic on Deja Vu has to be all his; Halverson on the first album doesn’t get that sound remotely as well as Barncard does on the second.

What We’re Listening For on Tarkio

Notable not just for the inclusion of “One Toke Over the Line” but also for the great back porch stoned ambience of the entire recording, this 1970 effort from the band is ripe with dope references and subversive humor. Not that it ever takes away from the excellent country-style playing that pops up all over the record.

Jerry Garcia lends a hand with the pedal steel and it’s a welcomed sound. During the course of the album, you get highlights like “Song from Platte River” (where the boys lament the loss of their freedoms and feel a kinship with folks like General Custer and Abraham Lincoln) and the spectral “Ruby on the Morning.”

Add in “One Toke Over the Line” amidst freedom-friendly tracks like “Oh, Mommy” and “Don’t Want to Die in Georgia,” and you’ve got an album that speaks out to anyone who has ever felt threatened by “the Man.”