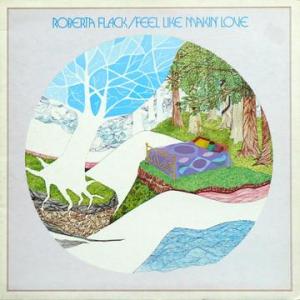 Sometimes the copy with the best sound is not the copy with the quietest vinyl. The best sounding copy is always going to win the shootout, the condition of its vinyl not withstanding. If you can tolerate the problems on this pressing you are in for some amazing Roberta Flack music and sound. If for any reason you are not happy with the sound or condition of the album we are of course happy to take it back for a full refund, including the domestic return postage.

This vintage Atlantic pressing has the kind of Tubey Magical Midrange that modern pressings barely BEGIN to reproduce. Folks, that sound is gone and it sure isn’t showing any sign of coming back.

Having done this for so long, we understand and appreciate that rich, full, solid, Tubey Magical sound is key to the presentation of this primarily vocal music. We rate these qualities higher than others we might be listening for (e.g., bass definition, soundstage, depth, etc.). The music is not so much about the details in the recording, but rather in trying to recreate a solid, palpable, real Roberta Flack singing live in your listening room. The best copies have an uncanny way of doing just that.

If you exclusively play modern repressings of older recordings (this one is now almost 60 years old!), I can say without fear of contradiction that you have never heard this kind of sound on vinyl. Old records have it — not often, and certainly not always — but less than one out of 100 new records do, if our experience with the hundreds we’ve played can serve as a guide.

What We Listen For on Feel Like Makin’ Love

Capping off a string of early-’70s hits with this album’s title track, Roberta Flack would soon take a sabbatical from the spotlight in 1975. And while she would return to the stage and studio, Flack never quite hit the heights of this and the handful of other MOR soul releases from the first half of the decade. Her Carole King-meets-Gladys Knight sound is particularly impressive on highlights like “Mr. Magic” and “Feelin’ That Glow.”

Helping out with the stellar backing are such luminaries as vocalist Patti Austin, drummer Alphonze Mouzon, keyboardist Bob James, and guitarist Hugh McCracken. Maybe not as fine an album as 1971’s Quiet Fire, Feel Like Making Love will still please the singer’s dedicated fans.