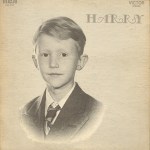 We have not done a shootout for this album in many years, but the music is so good we think everyone deserves a chance to hear it, so pick up the Hoffman-mastered CD and enjoy the hell out of it until we can find you a killer Hot Stamper pressing of the album. Hoffmann did a great job, as he did on so many of the DCC discs. (The Heavy Vinyl LPs are another matter entirely of course.) The CD sound is excellent and it will probably cost you about a tenth of what we will charge for the vinyl. 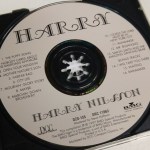 This forgotten gem sank like a stone in 1969, but time has treated this album well; it still holds up. The production is superb throughout. Judging by this early Nilsson’s album, it appears he was already a pro in the studio, as well as an accomplished songwriter, and, more importantly, the owner of one of the sweetest tenors in popular music, then or now.

OUR HOT STAMPER COMMENTARY FROM WAY BACK WHEN

We just finished a big shootout for this fun album and this copy defeated everything we threw up against it — on both sides. The sound is clean, clear and present with lots of tubey magic and high-resolution. It’s also unusually transparent with lots of space between the various instruments. You’ll have a ridiculously hard time finding another copy that sounds as good as this one.

This copy is dramatically better than most of them out there, and we’ve graded it accordingly — A+++ for both sides. The sound is full-bodied and energetic with a punchy bottom end. The sound is incredibly clean and clear — just listen to the acoustic guitar transients. Harry’s vocals sound wonderful with big time presence and loads of texture. The cover of Mother Nature’s Son should blow you away!

The average copy suffers, most notably, from a honky sound to the vocals. It seems to be an EQ problem, since it affects a very large percentage of copies with earlier stampers and not as many of the later pressings. The later copies have problems of their own, though, so you can’t just assume that the copies with high numbers will sound better — they don’t always, and the earlier ones can sound amazing when you’re lucky. It just goes to show that (all together now…) you can’t know anything about the sound of a record without playing it, and to take it a step further, you can’t really know much about the sound of an album without cleaning and critically listening to multiple copies. But that’s a lot of hard work, and who has the time?

If the answer is “Recording an album of innocent, touching, and completely unironic pop music,” well, you could only be Harry Nilsson.

This album is simply wonderful, and it’s wonderful on a number of different levels. It’s wonderful in a way that strongly appeals to my contrarian nature (you can’t love LPs without having at least a small streak of contrarianism).

The idea of doing a nostalgic, wistful, unapologetically sweet album, as innocent as a Norman Rockwell painting — an album with songs about puppies; rainmaking; old railroads; holding hands; a broken-down old dancer; Mother Nature’s son; patriotically marching down Broadway in a World War II parade; hanging out with a dancing bear; sending flowers to the one you love—how could an album full of songs like these be recorded by a Pop Star in 1969!

You remember 1969. Protests against the Vietnam war. Hippies and the countercultural revolution. Chemical mind expansion in full swing. Tuning in, turning on and dropping out. Trying to keep up with the easy riders, not the Joneses. With all this happening, one mostly unsuccessful songwriter with an oddly Swedish name — just one in fact) — comes along and produces a record that flatly refuses to acknowledge any of it is going on. Nostalgia hadn’t even been invented yet and here was an album full of it, whose first song declares that “Dreams are nothing more than wishes, and a wish is just a dream you wish to come true”, followed by “If only I could have a puppy, I’d call myself so very lucky.” Either this Nilsson guy was incredibly naive or he had some kind of balls. A few albums down the road we realized it was the latter.