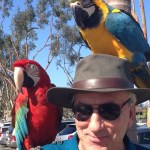 One of our good customers wrote us a letter recently

Just a quick message to let you know that I really enjoyed reading those two recent pieces on the Dangerous Minds blog (“Extreme Record Collecting: Confessions of an Analog Vinyl Snob” and “Extreme Record Collecting Part II: There’s Only One Way to Find Better Records”).  As always, it is a total pleasure to read anything in which you are interviewed at length, as you articulate ideas about sound and music so much better and more eloquently than anybody else.

Very kind of you to say, we try! I am doing a semi-regular interview with a colleague, here is one episode:

Loved some of the nuggets I had never heard you speak about before (the lack of any hot stampers for Then Play On, the difficulty with the first CSN album, and your hilarious take on the live Fleetwood Mac album).  Hearing those kinds of insights from you gives me a total buzz for hours afterward!

Awesome. We do a lot of that stuff on the blog. Do a search for any record and something usually comes up. Also we have a “never again” tag for all the records that just won’t get done again once I retire.

The only point you offer in the whole interview with which I would quibble at all is your take on new wave and post-punk titles.  Your sense is that there wouldn’t be a market for $200 pressings of records by Nick Cave, Joy Division, et al., but I suspect the exact opposite is true.  I for one would leap at Hot Stampers by both of those artists, as well as many others from their time (Echo and the Bunnymen, The Cure, The Blue Nile, The Psychedelic Furs, Public Image Ltd., etc.), and I’m certain that there are many others like me.  What’s more, I suspect we would pay a lot more than $200 for each title.  Your point about the sound quality of some of those albums being less distinguished than records from previous eras could certainly be true.  Nonetheless, as we’ve talked about before, people don’t expect every record they buy from you to sound like Aja or Dark Side of the Moon.  Rather, they want the albums they love to sound the best they possibly can.

While not precisely analogous, I might mention your recent success with Hot Stampers of Beck’s Sea Change as indicative of the untapped market that awaits you.  By my count, at least three copies of that title (two White Hot Stampers and a Super Hot Stamper) recently flew off the shelves of Better Records.  I have no doubt that Sea Change is an exceptionally well recorded album and perhaps—as your write-ups indicated—an especially analog-sounding one.  But all of the records on your website have those qualities.  The copies of Sea Change went so fast because that title and that artist had never been available from your store before.

Having said all of that, I completely get your point about the time, money, and hard work that would be involved in introducing new titles to the Better Records inventory.  Given that you and your team are working full time as it is, and given that you are massively successful with the existing pool of titles, there doesn’t seem to be much of an incentive to change course for an unproven commodity.  Nonetheless, if you ever do decide to test the waters with some of these other artists, I would gladly share my two cents as far as artist/album selection goes, and I would gladly share my thousands of dollars for the shootout winners.

All good points. The reason it was easy for me to get Beck going was that I owned both Sea Change and Mutations and knew the sound was excellent. The R and D had already been done.

I have played albums by The Blue Nile, Psychedelic Furs and Public Image and found them all to be unacceptable, along with a host of others. Ultravox is a good sounding band, who will buy them if we have trouble selling Roxy Music? We can hardly do Roxy Music these days for cryin’ out loud. One of the greatest bands ever.

A lot of this music is synthesizer driven, and so many of them never get big and are compressed to death and opaque because of the way they were so heavily processed.

We play lots of records to see what they sound like, hundreds every year, and I have hundreds of them in boxes waiting to either be sold on ebay or traded in to local stores, all at a loss of course.

We may do something by The Cure or Depeche Mode. But there is a lot of money that has to go out before a dime comes in, and we don’t have time to find Steely Dan and Zeppelin and Floyd and The Beatles these days, mostly because records are twice the money or more and a tenth as common as they used to be.

I think the business going forward is going to have to downsize and focus more on the classics in order to survive the current record climate.

We will of course be doing anything we think our customers would want, but the R and D budget is going to go into freefall and everything down the road will be a matter of lucking into something good locally first and then pursuing it online. And that approach is very limited. If it weren’t, those records you like would be on the site. We have nothing against them, we just never see them.