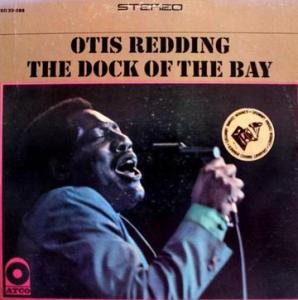 This vintage Atco pressing has the kind of Tubey Magical Midrange that modern records rarely begin to reproduce. Folks, that sound is gone and it sure isn’t showing any sign of coming back.

Having done this for so long, we understand and appreciate that rich, full, solid, Tubey Magical sound is key to the presentation of this primarily vocal music. We rate these qualities higher than others we might be listening for (e.g., bass definition, soundstage, depth, etc.). The music is not so much about the details in the recording, but rather in trying to recreate a solid, palpable OTIS REDDING singing live in your listening room.

The best copies had an uncanny way of doing just that.

Otis Is The Man

We’re always on the lookout for Otis Redding records with good sound. In our experience finding them is not nearly as easy as one might think. For those who do not have the patience to pursue the best early pressings, there are some pretty good sounding Heavy Vinyl reissues still in print for those who are looking for vinyl to play. We used to recommend them. Not sure how we would feel about them now…

What We’re Listening For on The Dock of the Bay

Dock of the Bay is, indeed, a mixed bag of singles and B-sides going back to July of 1965, one hit duet with Carla Thomas, and two, previously unissued tracks from 1966 and 1967. There’s little cohesion, stylistic or otherwise, in the songs, especially when the title track is taken into consideration — nothing else here resembles it, for the obvious reason that Redding never had a chance to follow it up.

Despite the mix-and-match nature of the album, however, this is an impossible record not to love. Cropper chose his tracks well, selecting some of the strongest and most unusual among the late singer’s orphaned songs: “I Love You More Than Words Can Say” is one of Redding’s most passionate performances; “Let Me Come on Home” presents an ebullient Redding accompanied by some sharp playing, and “Don’t Mess with Cupid” begins with a gorgeous guitar flourish and blooms into an intense, pounding, soaring showcase for singer and band alike.

No one could complain about the album then, and it still holds more than four decades later.