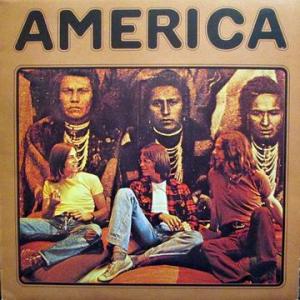 This is clearly America’s best album, and on the better pressings like this one, the sound is worthy of Demo Disc status. You’ll find the kind of immediacy, richness and harmonic texture that not many records (and even fewer CDs) are capable of reproducing.

The version we are offering here has the song A Horse With No Name. Some copies without that song can sound very good as well, but with grades this good, this copy is going to be very hard to beat.

Interestingly, A Horse With No Name never sounds quite as good as the rest of the album. It was recorded in 1971, after the album had already been released, and subsequently added to newer pressings starting in 1972. Unlike the rest of the album, it was not engineered by Ken Scott at Trident, but by a different engineer at Morgan Studios. The engineer of that song took a different approach to the one that Scott had, and we leave it to you to decide how well that approach worked.

This is a longtime Better Records favorite for both music and sound. It may not be one of the more popular titles we do our unique shootouts for, but for those of you who love folky, acoustic guitar pop — we often call it Hippie Folk Rock — you should find a lot to like about this album.

The guitars on this record are a true test of stereo reproduction. Many pressings of this album do not get the guitars to sound right. On some they will sound veiled and dull, and on a copy with a bit too much up top, they will have an unfortunate hi-fi-ish sparkle.

What We’re Listening For on America

We consider America’s debut their Masterpiece. It’s a recording that should be part of any serious popular Music Collection.