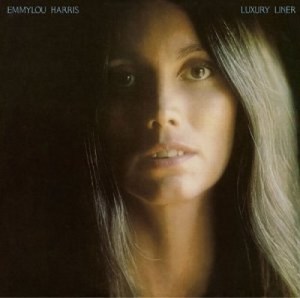 The sound that Emmylou and her producers were going for here is clean, detailed and low distortion, which is exactly what the best pressings like this one deliver. What really sets the good copies apart, though, is a natural, relaxed quality in the midrange. Emmylou sounds like a real person, with none of the too-clean, too-modern, tube-free sound that ruins many of the pressings of her records.

What We’re Listening For on Luxury Liner

Luxury Liner ranks as Emmylou Harris’ best-selling solo record to date, and it’s one of her most engaging efforts…… as well; her Hot Band is in peak form, and the songs are even more far afield than usual, including Chuck Berry’s “(You Never Can Tell) C’est la Vie” and Townes Van Zandt’s painterly tale of aging outlaws, “Pancho & Lefty.