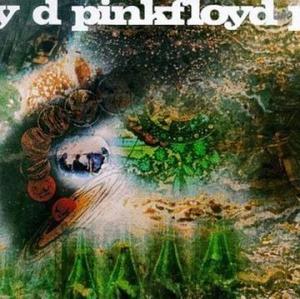 We’ve been at this quite a long time so that should tell you something about how tough it is to find good sound for this album. If you’re a fan of the band’s early prog-psych freakouts, I imagine you’ll be very impressed with the kind of sound we were able to find here.

Most copies we’ve played weren’t as punchy, dynamic or clean as this one. You get real weight down low, more energy, and more transparency than what you might get on the typical pressing. Drop the needle on either side and get ready to take a trip!

What We’re Listening For on A Saucerful of Secrets

A transitional album on which the band moved from Syd Barrett’s relatively concise and vivid songs to spacy ethereal material with lengthy instrumental passages. Barrett’s influence is still felt (he actually did manage to contribute one track, the jovial “Jugband Blues”), and much of the material retains a gentle, fairy-tale ambience. “Remember a Day” and “See Saw” are highlights; on “Set the Controls for the Heart of the Sun,” “Let There Be More Light,” and the lengthy instrumental title track, the band begin to map out the dark and repetitive pulses that would characterize their next few records.