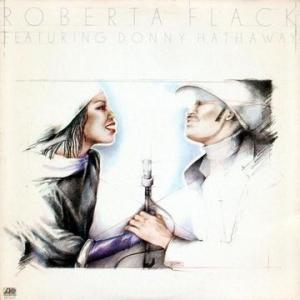 What We’re Listening For on Featuring Donny Hathaway

The combination of Donny Hathaway and Roberta Flack undeniably ranks atop the all-time great duet parings in the history of R&B. Any opportunity to have one guest on the other’s recordings brought out a sensual energy not to be denied… Flack’s distinct and beautiful voice brings a level of class to this outing that few of her contemporaries were able to achieve.”

Near the end, the album’s climatic piece, “Back Together Again,” helps to conclude the album on an upbeat note before breaking it down again into a soft, gentle finale of calm, familiar waters. The realization that these tracks are some of the final recordings Hathaway would appear on before his tragic death brings an element of melancholy to the listening experience.