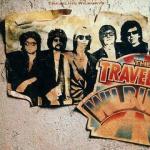 More of the Music of the Traveling Wilburys

Many of the pressings we played of Volume One suffered from too much compression and a phony hi-fi-ish quality on the vocals. We knew there had to be great copies out there somewhere, so we kept dropping the needle until we found a few good men. Here is what we had to say about a killer copy we ran into during that process.