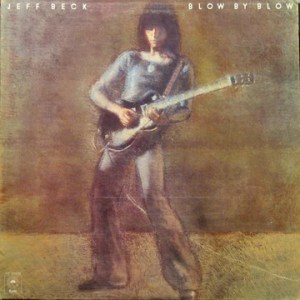 What We’re Listening For on Blow by Blow

Blow by Blow typifies Jeff Beck’s wonderfully unpredictable career. Released in 1975, Beck’s fifth effort as a leader and first instrumental album was a marked departure from its more rock-based predecessors. Only composer/keyboardist Max Middleton returned from Beck’s previous lineups. To Beck’s credit, Blow by Blow features a tremendous supporting cast. Middleton’s tasteful use of the Fender Rhodes, clavinet, and analog synthesizers leaves a soulful imprint. Drummer Richard Bailey is in equal measure supportive and propulsive as he deftly combines elements of jazz and funk with contemporary mixed meters.

Blow by Blow signaled a new creative peak for Beck, and it proved to be a difficult act to follow. It is a testament to the power of effective collaboration and, given the circumstances, Beck clearly rose to the occasion. In addition to being a personal milestone, Blow by Blow ranks as one of the premiere recordings in the canon of instrumental rock music.