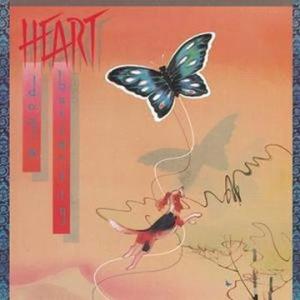 Like the best copies of Dreamboat Annie and Little Queen, this is classic ’70s ANALOG at its best. The sound is RICH and WARM without sacrificing clarity and punch.

The best copies make the case for just how good the album can sound, with wonderful grungy texture to the guitars and a big fat snare keeping the beat. (Heart in the old days had a great band behind them. When they left so did much of the reason to play Heart’s records.)

This vintage Portrait pressing has the kind of Tubey Magical Midrange that modern records can barely BEGIN to reproduce. Folks, that sound is gone and it sure isn’t showing signs of coming back. If you love hearing INTO a recording, actually being able to “see” the performers, and feeling as if you are sitting in the studio with the band, this is the record for you. It’s what vintage all analog recordings are known for — this sound.

What We’re Listening For on Dog and Butterfly

Like their Magazine album, Dog & Butterfly peaked at number 17 on the charts, but the material from it is much stronger from every standpoint, with Anne and Nancy Wilson involving themselves to a greater extent. The light, afternoon feel of the title track peaked at number 34, while the more resounding punch of Straight On went all the way to number 15 as the album’s first single. With keyboard player Howard Leese making his presence felt, and the vocals and guitar work sounding fuller and more focused, the band seems to be rather comfortable once again.