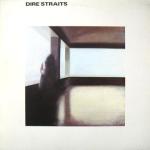 Water Of Love and Sultans of Swing on a Hot Stamper copy have the kind of Demo Disc sound that will have your audiophile friends drooling and turning green with envy. We can’t all afford $100,000 turntables, but when you have a record that sounds this good, you don’t need one! This record makes it sound like you have 100k in your rig, whether you do or not.

Think about it: if you had only seven copies, you might not have ever gotten to hear a copy that sounded that open and clear. And how many even dedicated audiophiles would have more than one or two clean British copies with which to do a shootout? These records are expensive and hard to come by in good shape. Believe us, we know whereof we speak when it comes to getting hold of early British pressings of Classic Rock albums.

You may have seen our album locator for Rhett Davies. He’s one of our favorite recording engineers, the man behind Taking Tiger Mountain, 801 Live and Avalon to name just a few of his most famous recordings, all favorites of ours of course.

Well, we just have to say that until something better comes along, THIS IS HIS MASTERPIECE. It has to be one of the best sounding rock records ever made, with Tubey Magic mids, prodigious bass, transparency to beat the band, and freedom from hi-fi-ishness and distortion like few rock recordings you have ever heard.

Rhett Davies, by virtue of the existence of this album alone, has proven that he belongs in the company of the greatest engineers of all time, right up there with the likes of Bill Porter, Ken Scott, Stephen Barncard, Geoff Emerick, Glyn Johns and others too numerous to mention.

You don’t need tube equipment to hear the prodigious amounts of Tubey Magic that exist on this recording. For those of you who’ve experienced top quality analog pressings of Meddle or Dark Side of the Moon, or practically any jazz album on Contemporary, whether played through tubes or transistors, that’s the luscious sound of Tubey Magic, and it is all over Dire Straits’ Debut.