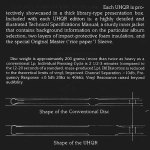 This commentary is from 2007 and admittedly a bit long in the tooth for the brave new world of Heavy Vinyl we currently find ourselves in. Classic Records has been gone for quite a while and when that happened we said good riddance to their bad records.

One day, while out for a run, I had an epiphany and rushed home to dig out a JVC pressing from the 1980’s pressed for Herb Belkin’s Mobile Fidelity. The Mobile Fidelity UHQR pressings were always revered as sounding better than the standard weight pressings from JVC [citation needed, big time] – but why I thought? To find out, I cut a UHQR pressing in half and guess what I found? First, it weighed 195 grams and IT WAS A FLAT PROFILE! I cut a 120g JVC pressing in half and found that it had the conventional profile that, with small variations, seems to be a record industry standard and is convex in it’s [sic] profile – NOT FLAT. 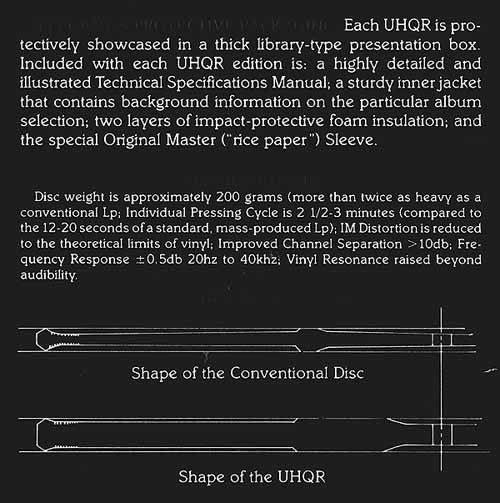 This is a classic (no pun intended) case of Begging the Question, asserting the very thing that Mr. Hobson is trying to prove.

There was no need to saw up a record. Mofi actually explained in the booklet for every UHQR how its shape differed from a conventional disc.

Here is one of the images they used in the technical specs booklet that came with most UHQRs. Yes, it’s flat. (The later ones didn’t have the booklet because the whole project was such a disaster that they didn’t want to spend the money to print them for records they were selling below their cost. When I first got in the audiophile record biz in the late ’80s I was buying boxfuls of sealed UHQRs for $9 each.)

UHQRs were junk then and they are junk now. They are plainly and simply bad sounding records. The UHQR pressings may have been revered in their day, may even be revered now, but they are truly awful sounding records, Tea for the Tillerman probably being the worst of them.

Do UHQRs sound better than the standard weight pressings MoFi was pressing at the time? Some do and some don’t, but what difference does that make? Bad sound is bad sound. Whether one bad record is slightly better than another bad record is not particularly useful information.

[NEWSFLASH: The last time we played the so-called “good stamper” pressing of the UHQR, it sounded as phony and wrong as any other Mobile Fidelity pressing, with that same ridiculous boost to the top end that practically anything mastered by Stan Ricker always seems to have.] 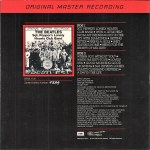 But the second false conclusion drawn from this experiment is the statement I added italics to:

Is that really the reason? The only reason? Couldn’t it have something to do with the mastering? Does Mr. Hobson not know that most of the UHQR pressings are different masterings than the non-UHQR MoFi pressings?

That he’s comparing apples to oranges?

In these four words we can describe their sound. Once you start to notice it, you will hear it on every one of their records just the way we do. Depending on the title, their “sound” gets stronger and weaker, but it never completely goes away.