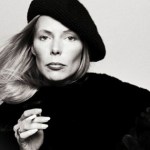 Reviews and Commentaries for the Albums of Joni Mitchell

When the dust settles, Joni Mitchell may stand as the most important and influential female recording artist of the late 20th century. Uncompromising and iconoclastic, Mitchell confounded expectations at every turn; restlessly innovative, her music evolved from deeply personal folk stylings into pop, jazz, avant-garde, and even world music, presaging the multicultural experimentation of the 1980s and 1990s by over a decade.