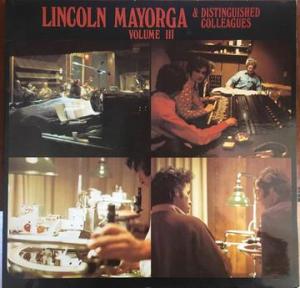 Just listen to the astoundingly powerful brass choir on Oh Lord, I’m On My Way. It just doesn’t get any better than that. If ever there was a Demo Disc, this is one.

Good Music On An Audiophile LP, How About That?!

The CLARITY and undistorted sound of all the instruments is off the charts. The beginning of That Certain Feeling is so warm and smooth it makes the hard, typical copy sound like crap.

When we dropped the needle on You Are The Sunshine Of My Life we knew we had a Side Two that was something special. Immediately, we heard more LIFE and ENERGY than we had heard before. It was so spacious and transparent we felt as if we were in the studio; which is the point of listening to recording like this, isn’t it?

The bass is PUNCHY and full. The saxophone solo on ‘Sunshine’ is so breathy and textured you can hear the keys clacking as top studio cat Plaz Johnson plays his trills.

If you have another copy, listen for noticeably different sax solo performances to see if you have a different take.

What We’re Listening For on Volume III

A Round of Applause for Sheffield

As I’m sure you’ve read on the site, time has not been good to the sound of the typical Mobile Fidelity record. We may have been impressed back in the day, but now it’s clear their mastering approach was disastrous for most of the titles they did.

Sheffield, in this period anyway, turns out to have made some truly amazing sounding records, this one in particular, as well as the other two Mayorga titles. The Grusin is killer, and Thelma Houston too. After that their catalog is hit and miss.

But the early days at Sheffield produced some wonderful, wonderful albums.

A Must Own Audiophile Record

We consider this Mayorga album his Masterpiece. It’s a recording that should be part of any serious popular Music Collection. 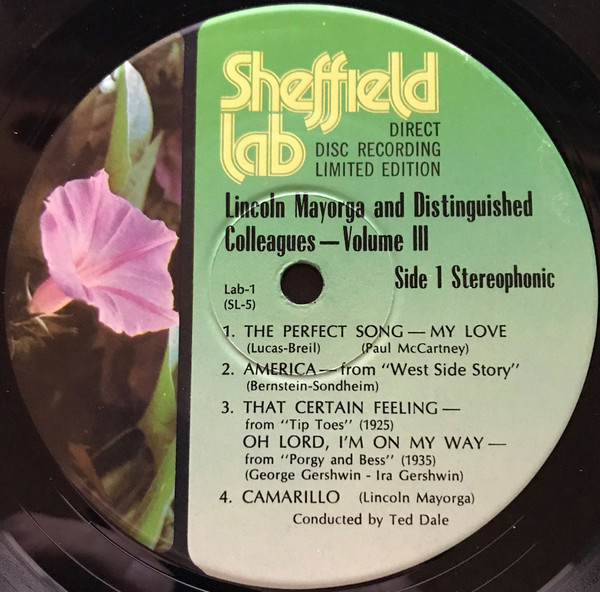 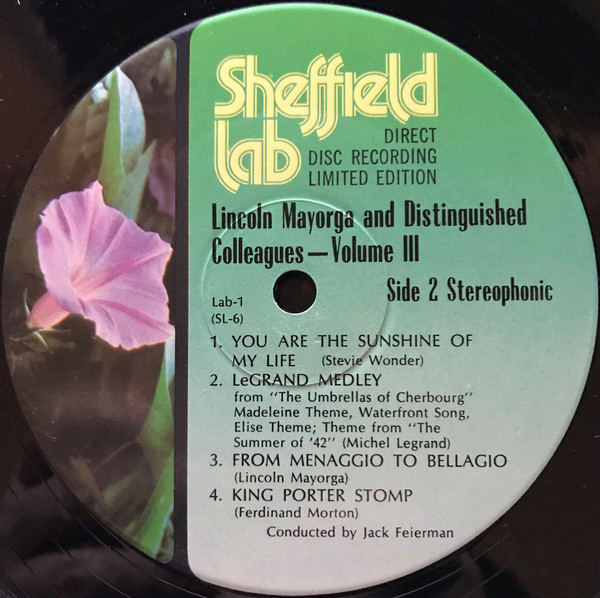