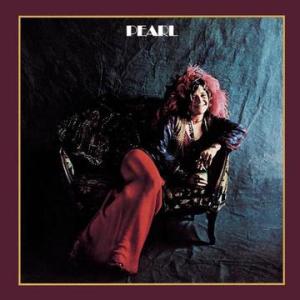 Both sides are noticeably sweeter and more open up top than the average copy. Most everything that we look for in a Hot Stamper Pearl is happening on this copy: presence to the vocals; weight to the piano; texture and definition to the bass; a Tubey Magical midrange; freedom from grit and grain and so forth.

It’s not a perfect record — no copy of Pearl will ever be — but it’s better in all the ways that make the music really work. That’s what a Hot Stamper is all about!

None of this is to say that you’ll put this one on your top shelf with your Ajas and your Tea for the Tillermans, but this copy has the kind of sound you’d never guess was possible listening to the average copy.

What We’re Listening For on Pearl

Other Options? Not So Good

Mobile Fidelity famously attempted to do a version of this album that (thankfully) never made it past the test pressing phase.

There’s a Sony 180g reissue from Germany that’s godawful, and the later Columbia versions are a mess as well.

We consider this Janis Joplin record her Masterpiece. It’s a recording that should be part of any serious popular Music Collection.

Janis Joplin’s second masterpiece (after Cheap Thrills), Pearl was designed as a showcase for her powerhouse vocals, stripping down the arrangements that had often previously cluttered her music or threatened to drown her out.

Thanks also to a more consistent set of songs, the results are magnificent — given room to breathe, Joplin’s trademark rasp conveys an aching, desperate passion on funked-up, bluesy rockers, ballads both dramatic and tender, and her signature song, the posthumous number one hit “Me and Bobby McGee”…

Pearl’s power leaves the listener to wonder what else Joplin could have accomplished, but few artists could ask for a better final statement.