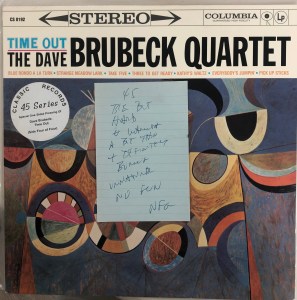 On this list is the 45 RPM Bernie Grundman cutting of Time Out. Fremer apparently likes it a whole lot more than we do. We think it is just plain awful. The MoFi Kind of Blue is on this same list, another pressing that is astonishingly bad, or at least very, very wrong. If you’re the kind of person who might want to give Michael Fremer the benefit of the doubt when it comes to All Analog records he thinks sound good, ones he thinks you should own, try either one of them. If you think they sound just fine, you sure don’t need me to tell you that I find them completely and utterly unlistenable.

There might be some decent records on the list, but if it has two massive failures that I just happened to come across over the span of the five minutes I spent watching the video, I would suspect the winners are few and far between. As a practical rule, if you want good sounding vinyl, you should avoid anything on his list. And if you do try some and do like them, let me know which ones you think sound good and maybe I will get hold of some copies and listen to them for myself.

Here is what we had to say about the Brubeck that Mikey recommends. We called it:

A Hall of Shame pressing and another Classic Records Jazz LP reviewed and found seriously wanting. 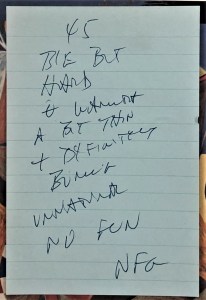 Not long ago we found a single disc from the 45 RPM four disc set that Classic Records released in 2002 and decided to give it a listen as part of a shootout. My notes can be seen below, but for those who have trouble reading my handwriting, here they are:

A bit thin and definitely boring

We’ve been complaining about the sound of these records for more than twenty years, but a great many audiophiles and the reviewers who write for them told us we were wrong.  If you have a copy of this album on Classic, at 33 or 45, play it and see if you don’t hear the problems we ascribe to it.

Reviewer malpractice? We’ve been writing about it since the ’90s.

We consider Time Out a Masterpiece. It’s a recording that should be part of any serious Jazz Collection. Others that belong in that category can be found here.