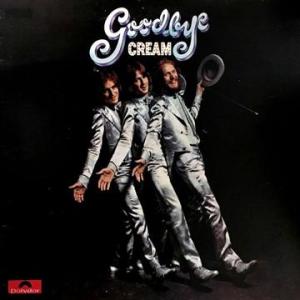 When you get a good copy of this album you’re sure to hear what we heard — that this is truly one of the great live rock albums (with a bit of studio material on side two as well). This copy has the Big Rock Sound that we go crazy for at Better Records. The best pressings, the ones that are full-bodied and smooth, let you crank the levels and reproduce the album good and loud the way it was meant to be heard.

This vintage Polydor pressing has the kind of Tubey Magical Midrange that modern records rarely even BEGIN to reproduce. Folks, that sound is gone and it sure isn’t showing signs of coming back. If you love hearing INTO a recording, actually being able to “see” the performers, and feeling as if you are sitting in the studio and/or live with the band, this is the record for you. It’s what vintage all analog recordings are known for — this sound.

We’ve heard scores of the Cream albums over the last twelve years that we’ve been doing our Hot Stamper thing, and it’s clear to us now that their two best recordings are bookends: the first album (self-titled) and the last album, Goodbye. Don’t get us wrong, there are certainly excellent pressings of Disraeli Gears and Wheels of Fire, but neither of those two albums at their best can compete with Fresh Cream and Goodbye at their best.

What We’re Listening For on Goodbye

Side one has two extended songs, with Politician being the standout sonically. It’s got the Big Live Rock sound, very spacious and transparent. The first track, I’m So Glad, is always a bit midrangey.

Badge is a great test for side two. If Clapton’s Leslie-speaker-processed-guitar solo is blasting away right in your listening room and approximately the size of your house, then you have a good copy.

When a copy is cut really clean, as the best ones always are, the louder you play them the better they sound. They’re tonally correct at loud volumes and a bit dull at “audiophile” volumes. We wouldn’t have it any other way.

Halverson Is The Man

This is one of Bill Halverson‘s Engineering Masterpieces, right up there with Deja Vu and Steve Stills’ first album (now that’s a trio!).

Live Rock Music on record just does not get any better than side one of Goodbye on the best copies, and Badge is every bit as amazing sounding for studio work — if you are that rare individual fortunate enough to be able to hear it at its best.

After a mere three albums in just under three years, Cream called it quits in 1969. Being proper gentlemen, they said their formal goodbyes with a tour and a farewell album called — what else? — Goodbye.

As a slim, six-song single LP, it’s far shorter than the rambling, out-of-control Wheels of Fire, but it boasts the same structure, evenly dividing its time between tracks cut on-stage and in the studio.

While the live side contains nothing as indelible as “Crossroads,” the live music on the whole is better than that on Wheels of Fire, capturing the trio at an empathetic peak as a band. It’s hard, heavy rock, with Cream digging deep into their original “Politician” with the same intensity as they do on “Sitting on Top of the World,” but it’s the rampaging “I’m So Glad” that illustrates how far they’ve come; compare it to the original studio version on Fresh Cream and it’s easy to see just how much further they’re stretching their improvisation.

The studio side also finds them at something of a peak. Boasting a song apiece from each member, it opens with the majestic classic “Badge,” co-written by Eric Clapton and George Harrison and ranking among both of their best work. It’s followed by Jack Bruce’s “Doing That Scrapyard Thing,” an overstuffed near-masterpiece filled with wonderful, imaginative eccentricities, and finally, there’s Ginger Baker’s tense, dramatic “What a Bringdown,” easily the best original he contributed to the group.