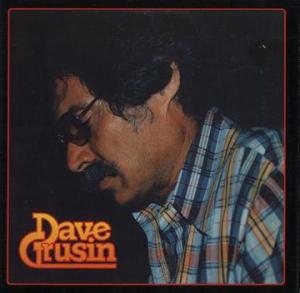 What the best sides of Discovered Again! have to offer is not hard to hear:

Reversed Polarity, Or Is It?

Many years ago we had discussed the polarity issues associated with this record, to wit:

But get this: most side ones are NOT out of polarity. How about them apples! We could not have been more shocked. Here is the most famous wrong polarity audiophile recording in the history of the world, and it turns out most copies are not wrong on side one at all.

It was only after about fifteen minutes of playing the album, switching the polarity back and forth, that the penny dropped and the skies opened up.

I have experimented with polarity on scores of records. Certain effects on certain records are unmistakable. But these effects seem to vary a great deal from title to title. Grusin’s brilliant direct to disc recording initially had me at a loss. With a little experimentation, the improvement in the sound with the correct polarity became evident over time, as it always seems to do. Thanks god I didn’t have to change speaker leads the way I used to in the old days.

What We’re Listening For on Discovered Again!

Listen to the harmonics around the cymbals and bells on Git Along Little Dogies — you can really hear the transients of the cymbals and percussion, so important to the sound of those instruments. The stand-up acoustic bass is amazingly well recorded on this album; it’s so rich and full-bodied. You will have a hard time finding a string bass that sounds better.

The typical direct to disc pressing of Discovered Again leaves much to be desired. Two areas are especially lacking as a rule: the top end tends to be rolled off, and there is a noticeable lack of presence, which can easily be heard in the drum sound: the snare sounds like it’s covered with a towel on many copies of this album. Wha’ happen?

Who knows? Even though the mastering is fixed at the live event, there are many other variables which no doubt affect the sound. The album is cut on two different lathes — M (Master) and S (Slave), and pressed in two different countries: Japan and Germany. Many mothers were pulled from the acetate and many, many stampers made from those mothers. (I saw one marked stamper number 15!)

Bottom line? You got to play ’em, just like any other pressing. If no two records sound the same, it follows that no two audiophile records sound the same, a fact that became clear early on in the listening. Of course, not many audiophiles are in a position to shootout six copies of Discovered Again, and I’m not sure most people would want to. Here at Better Records, we have a whole system set up to do exactly that, so we waited until we had a pile of them, got them all cleaned up, and off to the races we went.

I know I am not the only person in the world who possesses two copies of this in its original LP format – one to play frequently and a ‘special’ mint copy to play on my birthday and on Christmas Day. Everything about this project is just right from the gentle contemporary feel of the music to the superb sound of the [album] itself. I know one should rate the music rather than the technical competence of the sound engineers behind the recording, but with these recordings Sheffield Lab almost certainly set a standard that has never been bettered.

I have two copies of this LP and take them out on special occasions so they will last the rest of my life… This is perhaps THE LP that started the move to top quality sound and sound systems- at least it was for me. The Direct-to-Disc recording process used here eliminated most of the hiss, distortion, and general decay associated with the multi-step analogue processes for making LPs in use at the time. Straight from the microphones to the master cutting machine! No remix – each side of the album was recorded straight through with no time outs.

Beyond that, though, the life-like quality of the piano, percussion (especially the triangle on Sun Song), the vibrato of the vibraphone, makes you feel like you’re getting a private performance in your living room. If you have the right equipment, there is nothing that equals this (and I mean including the fanciest digital stuff).

Grusin wrote most of the pieces here and they highlight his style – thoughtful jazz, glistening notes (he also wrote the theme music for On Golden Pond), leaning toward the minimalist rather than showing off. He lets the rest of the group have their turn, too. His group is also tops – Lee Ritenour, Harvey Mason, Ron Carter and Larry Bunker. Hard to beat.

If you like the later Grusin stuff (I have all his records), you’ll love experiencing his roots in this album. And with the quality of recording approaching perfection, this record will be the gold standard forever (or close to it).