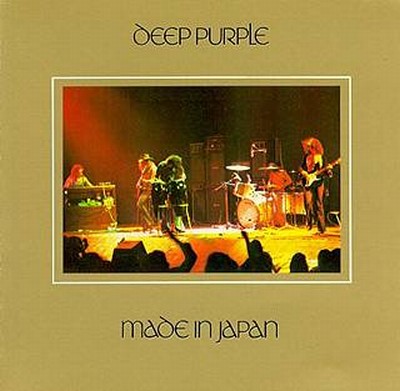 We’ve raved about a number of live albums over the years. Some of the better sounding ones that come readily to mind (in alphabetical order) are

I would be proud to have any of them in my collection.

Having just played a stack of copies of Made In Japan I’d put it right up there with the best of the best. In terms of Tubey Magic, richness and naturalness — qualities that are usually in very short supply on live albums — I would have to say that the shootout winning copies of Made In Japan would be very likely to take Top Honors for Best Sounding Live Album of All Time. Yes, the sound is that good.