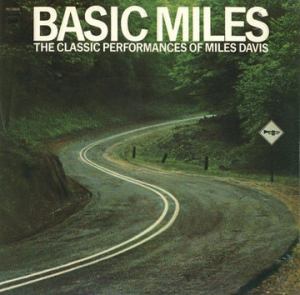 Want to know how good our Hot Stamper Kind of Blue pressings sound? Listen to this very record. If you play the tracks that were recorded in 1958, the year before Kind of Blue, you will hear practically the same lineup of musicians.

That means Stella By Starlight and Little Melonae on side one, and Green Dolphin Street and Fran-Dance (Put Your Little Foot Right Out) on side two. We’re talking Bill Evans, John Coltrane, and Cannonball Adderley in their prime, 1958, with top 1958 sound to match.

The nine-minute plus Green Dolphin Street that opens side two is nothing short of amazing, some of the coolest jazz you will ever hear. With Fran Dance on the same side, that gives you about 17 minutes of great-sounding jazz by Miles’ classic Kind of Blue lineup.

Side one has the same cats playing for more than 12 minutes. By my calculation, that’s close to another album’s worth of material from the group. The rest of the material on this compilation is best seen as gravy; maybe not essential, but never less than interesting.

What We’re Listening For on Basic Miles

Kind of Blue on the Red Label

It is our considered opinion that many of the best-sounding copies are pressed on the rather common domestic plain Red Label from the ’70s. We’re fully aware of just how outrageous a statement that may be to you jazz collectors out there, and even more outrageous to the audiophiles reading this, the ones who are still holding on to the idea that Originals Have the Best Sound.

But we’ve known about these amazing sounding Kind Of Blue reissues for more than two decades, and in all of those years, played back on many different stereo systems, we have yet to hear any early pressing that would make us change our minds.

We know we’re asking a lot of money for a record that any jazz record dealer would be embarrassed to charge more than $25 for. (Actually, these are starting to sell for $40+ pretty regularly on eBay and elsewhere. Apparently, the word got out that these can sound incredible. Blame us!)

However, with all due respect, jazz record dealers don’t know anything about sound. They know about collectability. They know about price guides. They know their market — jazz collectors — and I know mine: audiophiles. This record has unimpeachable audiophile credentials. It has the sound in the grooves like you have never heard before.

And who else but your friends at Better Records are going to be able to tell you that?

This is an easy one. Just listen to the trumpet. Most copies do not fully convey the transient information of Miles’ horn, causing it to have an easily recognizable quality we talk about all the time on the site: smear. No two pressings will have precisely the same amount of smear on his trumpet, so look for the least smeary copy that does everything else right too. (Meaning simply that smear is important, but not all-important.)