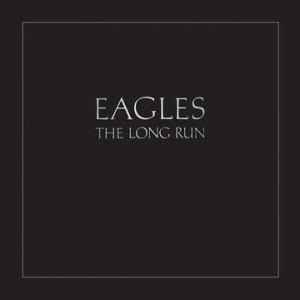 But five Killer Eagles songs is nothing to sneeze at. This is an album that belongs in your collection, even if you choose to only listen to the best material on it.

Most copies have a smeary, veiled, stuck-in-the-speaker quality that makes for some painful listening. Cardboard drums. Non-existent ambience. No energy. (Unless you get one of the hard, edgy, thin ones — we’re not sure which is worse.)

This one is a whole different story, with the kind of big, punchy, full-bodied sound this music absolutely demands.

Yes he can. Don’t make the mistake of judging his work by the typical bad pressing of it, the kind that Elektra was churning out by the millions back in the day. Believe me, the master tape must be AWESOME if the sound of some of the records we played is any indication (which of course it is).

The True Test for Side One

Want to know if you have a good side one on your copy? Here’s an easy test. Timothy B Schmit’s vocal on I Can’t Tell You Why rarely sounds right. Most of the time he’s muffled, pretty far back in the soundstage, and the booth he’s in has practically no ambience. On the good copies, he’s not exactly jumping out of the speakers, but he’s clear, focused, and his voice is breathy and full of emotional subtleties that make the song the heartbreaking powerhouse it is.

This is why you need a Hot Stamper. Most copies don’t let you FEEL the song. Not like this one does. And the rest of the band is cookin’ here as well. From the big, full-bodied bass to the fat, punchy snare, this side is doing practically everything we want it to.

The Long Run is the sixth studio album by Eagles, released in 1979. This was the first Eagles album not to feature founding member Randy Meisner, who was replaced by Timothy B. Schmit… The Long Run took almost two years to complete and saw the Eagles move in a more hard rock direction that they started going in with its predecessor, 1976’s Hotel California.