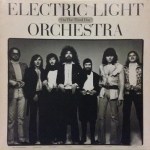 Electric Light Orchestra’s third album showed a marked advancement, with a fuller, more cohesive sound from the band as a whole and major improvements in Jeff Lynne’s singing and songwriting. This is where the band took on its familiar sound, Lynne’s voice suddenly showing an attractive expressiveness reminiscent of John Lennon in his early solo years, and also sporting a convincing white British soulful quality that was utterly lacking earlier.

The ELO’s blending of rock drums, pop violins, a semiclassical feel in the sweep of these same violins, the midrange colors of the cello, and a vocal blend that reminds one of the Beatles in their sophisticated studio days, makes up all the key elements in their music.

Take “New World Rising”; it’s got strumming strings in tempo with the snare drum, swirling Moog effects, and a plunking cello that leads into the voices. There are sudden stops and other enervating keys to the arrangement. It’s spectacular listening. There is a cogent blending of what sounds like classical oriented strings with the contemporary rhythm patterns.

“Dreaming of 4000” is spectacular with its echo-framed vocal effect — a gimmick that blends with the pizzicato and swirling strings. The musicianship is vastly superior to the vocals.

If you liked ELO II for its weavings of familiar classical motifs through lengthy songs, On the Third Day will both please and disappoint you. If, on the other hand, you loved “Roll Over Beethoven” but thought the LP’s other four songs overblown, you’ll find about the same measure of pleasure here (if not more).

Although leader Jeff Lynne has said he doesn’t consider ELO a singles group, their singles have outsold their albums and, like “Roll Over Beethoven,” the strongest material on Third Day consists of the current single “Showdown” and the probable follow-up, “Ma-Ma-Ma Belle.”

“Showdown” applies their formula of thematic eclectism to pop music (instead of classical), pulling riffs from “I Heard It Through the Grapevine,” an early John Mayall song called “All Your Love,” and even Del Shannon’s “Stranger In Town.” It’s a heavily produced, commercial record on a par with Stories’ “Brother Louie,” and the extra effort shows. It stands out here, like a refugee from some apocryphal ELO album containing ten such blockbuster tracks. It’s approached only by “Ma-Ma-Ma Belle,” a rather blatant plagiarism of Mott the Hoople’s “Jerkin’ Crocus” of recent vintage. Its pounding chords and heavy-metal blaze are somewhat out of character for ELO, although they come close to the power of the original. But they fall short, in both lyrics and delivery, in their total lack of humor about themselves and the music, a fault that may one day prove their downfall.

On the classical side, while we are spared the long minutes of exploratory riff-rock that made up more than half of ELO II, what we have is only arguably an improvement. Six-plus minutes of “In the Hall of the Mountain King” do little more to enliven side two than the song does for their live act. It’s no more than the well-known Grieg theme, which has been no stranger to rock before.

“Dreaming of 4000” is, to my mind, the most effective fusion of rock and classics on the album, with a fine melody and plenty of instrumental finesse that could be trimmed to make a decent single.

The conceptual bulk of Third Day is found on side one where four songs are linked into a loose suite whose main source of inspiration seems to have been the Beatles’ White Album. Beyond even the obvious resemblance of “Bluebird Is Dead” to “Dear Prudence,” and “Oh No Not Susan” to “Happiness Is a Warm Gun,” this entire set of songs has that same mood of wide-ranging introspective repose that characterized the latter album, and features the closest thing to delicate vocal harmonies we’ve heard from Jeff Lynne since his days with the Idle Race. That aside, however, we still have only a tenuously connected group of songs, as opposed to anything on the order of “Kuiama,” on the last album, which used its length and the group’s unique approach to music to achieve real emotional impact.