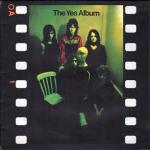 With the amazing Eddie Offord at the board, as well as the best batch of songs ever to appear on a single Yes album, they produced both their sonic and musical masterpiece — good news for audiophiles with Big Speakers!

Both sides have MASTER TAPE SOUND or something close to it! They’re rich and full-bodied with lots of punch and plenty of WHOMP. The guitars are Tubey Magical with a fluid sound that takes the brilliant solos of Mr Steve Howe to a whole new level.

The transparency is also mindblowing — you can easily pick out each multi-tracked voice and follow it throughout the course of a song.

The cymbal crashes are BIG and POWERFUL with correct extension. The tonality on both sides is Right On The Money.

The organ and synths sound amazingly real. Starship Troopers will blow your mind on this copy!

The Yes Album – What to Listen For

Here are the main qualities we listen for when we shootout Yes records:

1. Dynamics – The best copies have amazing dynamics. Some parts of this album should be STARTLING in their power. There is a fair amount of compression on this recording in places, don’t get me wrong, but on the right copies many passages of this music will have tremendous life and energy.

2. Smoothness – This album can be very harsh and unpleasant if the upper midrange is boosted at all, or lacks a full lower midrange to balance it out. The last thing in the world you want is a bright, harsh Yes record.

3. Bass – Bass definition and weight are CRUCIAL to the sound of this record. The thin-sounding copies rob this music of much of its POWER and are downgraded severely for it.

The Seventies – What a Decade

Tubey Magical Acoustic Guitar reproduction is superb on the better copies of this recording. Simply phenomenal amounts of Tubey Magic can be heard on every strum, along with richness, body and harmonic coherency that have all but disappeared from modern recordings (and remasterings).

This is some of the best High-Production-Value rock music of the ’70s. The amount of effort that went into the recording of this album is comparable to that expended by the engineers and producers of bands like Supertramp, ELP, The Who, Jethro Tull, Ambrosia, Pink Floyd and far too many others to list. It seems that no effort or cost was spared in making the home listening experience as compelling as the recording technology of the day permitted.

As of 2021, we think this record sounds best this way:

Yours Is No Disgrace
The Clap
Starship Trooper

With one notable exception, Yes’ configuration has remained stable since the first of its three albums was released two years ago. Singer Jon Anderson spearheaded Yes then and still does. But some time after Yes recorded its second album, Time and a Word, guitarist Peter Banks left the band to replace Mick Abrahams who had similarly abandoned Blodwyn Pig. Before anything much happened with the newly aligned Blodwyn, Kim Simmonds lured bassist Andy Pyle and drummer Ron Berg over to Savoy Brown. What Banks is doing now is anybody’s guess. His replacement is Steve Howe, a guitarist of equal caliber who featured prominently on Yes’ third record.

The Yes Album differs from its two predecessors in several respects. For the first time, everything the group performs is original material. Although Yes deserves praise for having matured to the point where it can supply enough of its own songs for an entire album, I personally miss hearing one of two versions of someone else’s songs, like “I See You” and “No Opportunity Necessary, No Experience Needed,” which the group arranged and performed brilliantly on its first and second albums, respectively. In addition, the material consists of fewer short songs and more lengthy pieces. The only three-minute tracks on this record are “The Clap,” Steve Howe’s acoustic guitar quickie recorded at one of Yes’ concerts in London, and “A Venture,” a straightforward rocker sandwiched between a pair of longer compositions on the second side.

Each of the album’s four long tracks are carefully structured and allow for greater instrumental freedom than their shorter counterparts. Frequently, a particular melodic theme first stated by one musician is echoed by another, such as in “Yours Is No Disgrace” and “I’ve Seen All Good People.” Organist Tony Kaye, guitarist Steve Howe and bass player Chris Squire play as though of one mind, complementing each other’s work as a knowledgeable band should. Squire in particular deserves to be singled out for his creative bass work throughout the album. Bill Bruford’s tasteful drumming never falls in the way of the other musicians.

As for the vocals, Yes has an ear for harmony and takes full advantage of this asset. Squire and Howe supplement Anderson’s delightful leads with harmonies in the upper register. On the first hearing, Yes’ vocals may seem too perfectly matched to be enjoyable and this has presented the group with its chief obstacle toward mass acceptance because there is no deep voice to counter the sound of Yes’ falsetto harmonies, some have refused to accept the group and its unusual vocal style. If Yes were to change its format by adding a singer who can contribute a lower voice, then the band would lose its distinctive identity. The high-pitched singing is what sets Yes apart from myriad other British bands who can also play their asses off, a qualification that has become all too commonplace nowadays.

Forget your inhibitions and take The Yes Album home with you. It may not cure the common cold, but you’ll never get sick from hearing it.

“It was the addition of Steve Howe’s guitar pyrotechnics that finally allowed Yes to find their true identity. The Yes Album is a giant leap forward,” wrote J. D. Considine in The New Rolling Stone Album Guide

Yes had started their career being a covers band, performing radical re-arrangements of hit songs, and their first two albums included covers in this vein. However, The Yes Album was the first to feature group-written material in its entirety. Some familiar elements remained; Anderson, Howe and Squire sang three-part vocal harmony throughout the record, while Squire’s melodic bass and Bill Bruford’s spacious drumming made up their unique rhythm section.

“Yours Is No Disgrace” originated from some lyrics written by Anderson with his friend David Foster. This was combined with other short segments of music written by the band in rehearsals. Howe worked out the opening guitar riff on his own while the rest of the band took a day’s holiday. The backing track was recorded by the group in sections, then edited together to make up the final piece.

Howe’s solo acoustic tune, “Clap” (wrongly written as “The Clap” in original album pressings), was influenced by Chet Atkins and Mason Williams’ “Classical Gas”. The piece was written to celebrate the birth of Howe’s son Dylan on 4 August 1969. The version that appears on the album was recorded live at the Lyceum Theatre in London on 17 July 1970.

The spacey, electronic-sounding effect in “Starship Trooper” was achieved by running the guitar backing track through a flanger. Anderson wrote the bulk of the song, while Squire wrote the “Disillusion” section in the middle. The closing section, “Würm” is a continuous cadenza of chords (G-E?-C) played ad lib. It evolved from a song called “Nether Street” by Howe’s earlier group, Bodast.

“I’ve Seen All Good People” is a suite of two tunes. Anderson wanted the piece to start quietly and develop, leading into a large church organ sound, before moving into the funky second movement. The band had difficulty recording the initial “Your Move” section, which was resolved by making a tape loop of bass and drums, over which Howe overdubbed a Portuguese 12-string guitar, miscrediting it as a “vachalia” on the album’s credits.

Anderson wrote “A Venture” in the studio, which was arranged by the rest of the band. Kaye played piano on the track, contributing a jazzy solo towards the end. Howe played a guitar solo on the original recording, but it was left off the final mix, which faded out just as it started The song was never played live by the original group, but an arrangement was worked out when Yes decided to play the whole album live in 2013.

Anderson was inspired to write the lyrics for “Perpetual Change” by the view of the countryside from the cottage at Churchill. The middle of the track features a polyrhythmic structure, where two pieces of music in different time signatures are playing simultaneously. (A riff in 14/8 pans to one side of the stereo while a chorus in 7/4 appears on the left.)