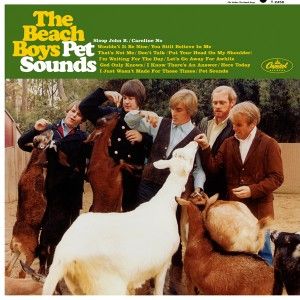 Important Details About This Pressing

There have been a great many versions of Pet Sounds released on vinyl over the years, and most of them in our opinion are awful. (The DCC is acceptable at best.) We’re not going to give away what pressing this is, mostly because it took us many years, a huge amount of effort, and quite a large supply of expensive, ultimately rejected pressings in order to finally figure out what version of Pet Sounds sounds the best.

In short, we ask that you please not order this copy of Pet Sounds expecting to receive an original pressing. We’ve never heard an original that sounded better than tolerable, and tolerable is simply not going to cut it for a Hot Stamper, not at these prices anyway.

What you will receive is the only version of the material that has ever sounded right to us, and naturally that means it will be made from the original mono mix. We would be very surprised to discover another pressing that can compete with it. As per our policy, if for any reason you are not happy with the sound of the album we send you (or the condition, or the cover, or absolutely anything else, that’s our policy and always has been), feel free to return it for a full refund.

This vintage Capitol pressing has the kind of Tubey Magical Midrange that modern records rarely even BEGIN to reproduce. Folks, that sound is gone and it sure isn’t showing signs of coming back. If you love hearing INTO a recording, actually being able to “see” the performers, and feeling as if you are sitting in the studio with the band, this is the record for you. It’s what vintage all analog recordings are known for — this sound.

What the best sides of this Beach Boys Classic have to offer is not hard to hear:

This is not a perfect recording and not a perfect pressing. There is a touch of compressor distortion at times, but it’s there on every last copy we’ve played. You’ll hear a bit of it on Here Today, Sloop John B and I Wasn’t Made For These Times. There are beautiful Minty copies that we shell out big bucks for that get tossed back in the trade pile when the distortion is too much to bear.

However, a copy that has earned a Hot Stamper grade will handle these parts dramatically better than most. We’ve evaluated many different copies of many different versions of Pet Sounds, and the sound here is so much better than most everything out there. We’re absolutely sure you’ll agree. In fact, we guarantee you will or your money back.

What’s magical about The Beach Boys? Their voices of course, what else could it be? It’s not a trick question. They revolutionized the popular music of their day with their genius for harmony. Any good pressing must sound correct on their voices or it has no practical value whatsoever. A Beach Boys record with bad sound in the midrange — like most of them — is to us a worthless record.

When you drop the needle on a copy with gritty, spitty, harsh, shrill vocals, give up and move on. You have a bad pressing and no amount of cleaning or adjusting of the tonearm can ever fix it.

Some reissue copies of the album actually have at least one track in reprocessed mono — fake stereo — even though the label and jacket say mono.

What We’re Listening For on Pet Sounds

Records that we think sound best in mono can be found here.

Wouldn’t It Be Nice
You Still Believe in Me
That’s Not Me
Don’t Talk (Put Your Head on My Shoulder)
I’m Waiting for the Day
Let’s Go Away for Awhile
Sloop John B.

God Only Knows
I Know There’s an Answer
Here Today
I Just Wasn’t Made for These Times
Pet Sounds
Caroline, No

The best Beach Boys album, and one of the best of the 1960s.

It wouldn’t have been a classic without great songs, and this has some of the group’s most stunning melodies, as well as lyrical themes which evoke both the intensity of newly born love affairs and the disappointment of failed romance (add in some general statements about loss of innocence and modern-day confusion as well)…

Massively influential upon its release (although it was a relatively low seller compared to their previous LPs), it immediately vaulted the band into the top level of rock innovators among the intelligentsia, especially in Britain, where it was a much bigger hit.