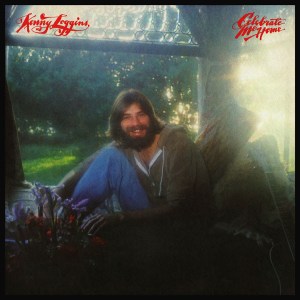 This killer copy shows you just how good this record can sound, which is surprisingly good, considering how many copies of the album are just plain awful. Finally, most of the grit, grain, and transitory opacity have fallen away, leaving in its place the rich, full-bodied and Tubey Magical ’70s sound one would expect.

As obvious as it may sound (especially to anyone on this site), the master tape is a whole lot better than the average copy of the record would have you believe. This copy is proof positive. Without a doubt this is one of the best pressings of the album we have ever heard.

The best copies take top honors for rhythmic energy and real frequency extension both high and low. Most copies have no real top end; if you own one give it a listen and we think you’ll agree with us.

Great bass, plenty of Tubey Magic, clarity and richness — no other copy in our shootout could do what this one was doing.

Freed from Loggins & Messina, Kenny Loggins retreats from that duo’s folky conceits, turning to smooth soft rock, filled with leisurely paces, lush strings and electric pianos and easy attitude — so it’s no surprise when you discover this is a co-production by Billy Joel’s chief collaborator Phil Ramone and Bob James.

There is a bit of surprise that this album doesn’t really have any big hits to its credit, especially since Loggins would later have several Top Ten records, but this is a consistent record, maintaining its mellow mood even when the tempo picks up for the relatively insistent “I Believe in Love.”

Loggins is in good form throughout the record, and if even only the title track entered his readily-acknowledged canon, this has a fine, sustained mood: a soft late ’70s vibe that makes it a nice artifact of its time, as well as one of his stronger records, as illustrated by its platinum status — something it achieved without any blockbuster singles.