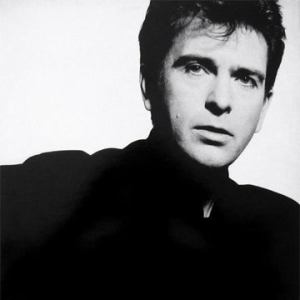 Here is a copy of So with the Big and Bold Peter Gabriel sound we love. If you want your Art Rock to actually rock (as well as be arty), this is the copy for you.

It’s not a perfect recording by any means, but when it sounds this good you can just forget its shortcomings and marvel at how consistently good the material and the production are.

This vintage Geffen pressing has the kind of Tubey Magical Midrange that modern records can barely BEGIN to reproduce. Folks, that sound is gone and it sure isn’t showing signs of coming back. If you love hearing INTO a recording, actually being able to “see” the performers, and feeling as if you are sitting in the studio with the band, this is the record for you. It’s what vintage all analog recordings are known for — this sound.

It’s exceptionally hard to find good-sounding copies of this album, as you can read about below. With a digital recording such as this, the margin for mastering error is very slim. Most copies just aren’t worth the vinyl they’re pressed on. They can sound harsh, gritty, grainy, edgy, and thin.

We did a shootout years ago that taught us a few things. The most surprising finding? The Brit copy I had in my own collection sucked — how about that! As a rule, I like the Brit pressings best for PG, but that rule got broken after playing all these domestic copies, some of which really sound good, clearly better than the average Brit.

This is a digital recording, and most of the time it is BRIGHT, SPITTY and GRAINY like a typical digital recording, which plays right into our prejudices. After hearing a bad copy, what audiophile wouldn’t conclude that all copies will have these bad qualities? After all, it’s digital. It can’t be fixed simply by putting it on vinyl.

Ah, but that’s where logic breaks down. Proper mastering can ameliorate many if not most of a recording’s shortcomings. When we say Hot Stampers, we are talking about high-quality mastering doing exactly that.

What We’re Listening For on So

But of course the mastering is only one part of the puzzle. I have multiple copies with the same stampers. Some of them are terrible, some of them are wonderful — you just can’t rely on the numbers to guide you with a piece of mass-produced plastic like this. You have no choice but to play the record to know what it sounds like. (And that’s a good thing. Keeps you honest. There’s no “cheating” when you have nothing to go by but the sound.)

This album sold in the millions. They stamped it out until the metalwork was as smooth as a baby’s bottom. Those badly pressed copies are not going to have any high-frequency extension, which leaves them with all the harsh upper mids sticking out of the mix to peel the paint in your living room and make your ears bleed.

Peter Gabriel’s soaring vocals here are a great test for transparency, especially during the last minute of the song when they really become more intimate, present, delicate and breathy.

Not unlike “Red Rain”, the flute intro here is a solid test for transparency and texture. But this moment passes quickly to make room for the huge horns that fire up the biggest hit on this album. The trumpets should have weight, dynamics, and texture. If they are smeary, blary or lifeless, you probably are listening to a typical compressed, low-resolution copy. (Sidenote: listen for the chatter before the singing begins – is someone talking on the phone? Last minute insructions from Peter? If you can figure out what they are saying we’ll give you this record for free!)

Don’t be alarmed at the veiled sound of the first two bars of vocals – it’s just the recording talking. When the verse comes in full swing, you’ll probably notice a little bit of spit, which is unavoidable here, especially on the super-sibilant “steam train” or “blue sky back”. However, the good copies make this problem non-offensive, and actually beneficial to the life of the music. The spit should not sound gritty or grainy; if it has a somewhat silky quality that’s a very good sign. But it has to be there if your copy is to have any life or presence in the midrange.

The backup singers that come in at the end of the first chorus should be subtle yet still present and clear. Also, pay attention to the reintroduction of the horns at the beginning of the second verse. The dynamic here is extremely important. The last note of their phrases should really swell up and make you appreciate what those guys are doing. (Maybe it’s Peter talking in the background, reminding the horn players not to forget to do that little dynamic trick.)

Don’t Give Up
That Voice Again

In Your Eyes Track Commentary

This track has the potential to be the most dynamic and powerful on the record. The music is so good that the average compressed copy you play is just that much more disappointing. The better copies have consistent strengths. The triangle that drives the intro is one. You should clearly be able to hear two distinctive parts to the sound of this instrument:

1. The attack (the striker hitting the triangle);
2. The tone (the actual note of the triangle and its harmonic trails)

The African percussion is also integral to this recording. Those (mostly drum) instruments are actually playing notes! You might not know that if you’ve only heard the typical copy where that information is pratically non-existent. I speak from experience; it took us about six copies before we heard it. Also, pay attention to the sonic landscape presented by these African drums. They should be really spread out from left to right, layered front to back, and sit nicely behind the more prominent elements in the mix.

The instrumentation of this track has ’80s written all over it. However, it can still have great sound. On the better copies the electronic drum sounds are large and energetic, with a solid kick drum and a lot of whack in the snare. Peter Gabriel’s vocals will be present and smooth, even though the best copies still had a little spit in them.

Also take special note of (the amazing) Tony Levin’s bass solo. Though it is almost all attack, the better copies actually give his instrument some weight. Coming out of the solo section, the funky guitars that kick in can really tear up your sensitive ears with edgy high end. When you’ve got a good one, the only thing that should get torn up is the dance floor – ’80s-style!

We Do What We’re Told Track Commentary

“…though the Sledgehammer video’s ubiquity has bludgeoned the song, its parent album is a marvel…awash in delicate percussion, tasteful keyboards, and bubbling bass, Red Rain and Mercy Street are stunning. Of the epics, the Kate Bush duet Don’t Give Up is heartwrenching, while In Your Eyes achieved iconic status after its appearance in the John Cusack movie Say Anything…

Excellent albums followed, but the breathtaking So is the best introduction to a dazzling discography.”

Gabriel approaches each of his bow’s many strings with a masterful confidence, delivering a satisfyingly unified whole. – Classic Rock

The first of Peter’s studio albums to have a proper title of its own, So was a watershed release in his career. Although experimentation was still high on the agenda (a mindset still enthusiastically fostered by producer Daniel Lanois), this 1986 record steered itself towards a poppier, more commercial sound, no more so than with huge, meaty hits Sledgehammer and Big Time.

Its marriage of the artistic and the commercial made for an indisputable success, with the album quickly sitting atop the album charts on both sides of the Atlantic. In the UK, its sales went triple-platinum; in the US, it went platinum five times over. It went on to claim the number 14 berth in Rolling Stone’s Top 100 Albums Of The Eighties poll.

Aside from some intriguing collaborations – with Laurie Anderson on This Is The Picture; with Kate Bush on Don’t Give Up, That Voice Again and In Your Eyes – it was the unity of singer, band and producer that made So such a crucial record in the Gabriel canon.

I think part of the reason So worked so well was that the band was really firing off each other. We had a great sound and production team, and it was sort of compact in the way it was put together. Red Rain is one of my favourite tracks from this record and is a good example of a band playing together with a lot of energy.Sledgehammer was obviously a big track from that record and was in part an homage to the music I grew up with. I loved soul music and this was a chance to work with some of the brass players who worked with Otis Redding. He was my all-time favourite singer. It was a fun thing to do around a great groove.