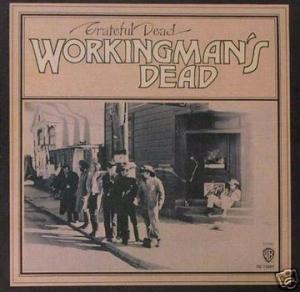 This original Warner Brothers pressing has the kind of Tubey Magical Midrange that modern records rarely even BEGIN to reproduce. Folks, that sound is gone and it sure isn’t showing signs of coming back.

If you love hearing INTO a recording, actually being able to “see” the performers, and feeling as if you are sitting in the control room hearing the master tape being played back, or, better yet, the direct feed from the studio, this is the record for you. It’s what Vintage Analog Recordings are known for — this sound.

If you exclusively play modern repressings of vintage recordings, I can say without fear of contradiction that you have never heard this kind of sound on vinyl. Old records have it — not often, and certainly not always — but less than one percent of new records do, if our experience with the hundreds we’ve played can serve as a guide.

You don’t need tube equipment to hear the prodigious amounts of Tubey Magic that exist on this recording. For those of you who’ve experienced top quality analog pressings of Meddle or Dark Side of the Moon, or practically any jazz album on Contemporary, whether played through tubes or transistors, that’s the luscious sound of Tubey Magic, and it is all over Workingman’s Dead.

Jerry Garcia, discussing where the band’s thinking was at at the time, explained, “We were into a much more relaxed thing…and we were also out of our pretentious thing. We weren’t feeling so much like an experimental music group, but were feeling more like a good old band.”

Mickey Hart added, “I thought, what a wonderful thing – acoustic guitars. It was cold out there in the feedback, electric GD world. It was a great cold, a wonderful freeze, full of exploratory moments and great vision, but here we were exploring the soft side… I remember how warm and fuzzy it made me feel.

What We’re Listening For on Workingman’s Dead

This Demo Disc Quality recording should be part of any serious Rock Collection. Others that belong in that category can be found here

This track tells you the most about side one. If the pressing is lean, bright, grainy, transistory or aggressive in any way, Jerry Garcia’s voice will sound strained. Far from a professionally trained singer, he’s already straining on this track.

The best copies make him sound ever so slightly dull at the beginning of the track; as the song progresses he is going to start pushing his pipes pretty hard and it will become quite unpleasant if there is any trace of brightness when he goes up to hit those higher notes.

The toughest track on side two. If the tonal balance is lean, or if the bad domestic vinyl causes the sound to be grainy, this track will be close to unbearable. On a Hot Stamper copy the sound can be absolutely MAGICAL.

Probably the best sounding track on the album. Here Jerry Garcia manages to sing within his range, the guitars are wonderfully sweet, and there is loads of Tubey Magic to go around. I can’t think of a better sounding Grateful Dead song than this one.

On the best pressings you can hear startling immediacy and transparency in the midrange of this track.

Easy Wind
(Not one of their stronger efforts.)

A lovely exploration of American roots music illuminating the group’s country, blues, and folk influences. The lilting Uncle John’s Band, their first radio hit, opens the record and perfectly summarizes its subtle, spare beauty; complete with a new focus on more concise songs and tighter arrangements, the approach works brilliantly. Despite its sharp contrast to the epic live space jams on which the group’s legend primarily rests, Workingman’s Dead nonetheless spotlights the Dead at their most engaging, stripped of all excess to reveal the true essence of their craft.